Could EUR/JPY break lower along with stocks?

Mirroring the going stock market indecisiveness, the risk-sensitive EUR/JPY is currently stuck below a key technical area around 129.50. We are waiting to see if it will start to break down with some follow through now, or whether the buyers will come back and regain control. 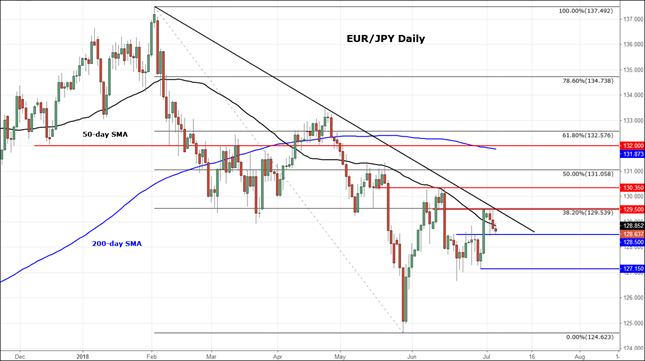