US fiscal stimulus is facing a significant “drop dead” date: the expiration of the $600/mo in extra unemployment insurance on July 31st

Global markets are trading with a decidedly risk-off tone to start the week on fears of COVID-19 hotspots in Beijing, Brazil, and certain Southern US states, among other areas.

While the battle against the global pandemic has alternated (and likely will continue to alternate) between progress and setbacks, the outlook for US fiscal stimulus is facing a potentially significant “drop dead” date in the coming weeks: the expiration of the $600/mo in extra unemployment insurance on July 31st. Over the weekend, White House Economic Director Larry Kudlow suggested that those funds would not be extended beyond the scheduled end date, a development that could abruptly reduce income for a broad swath of US consumers. There has been some talk about one-time bonus payments or a reduced expansion to unemployment insurance, but the fact remains that the US labor market will almost certainly continue to show double-digit unemployment levels by the end of July, and one way or another, those citizens are likely to see a significant “pay cut.”

This theme is one of the major factors driving the US Dollar Index lower so far today (though the greenback is edging higher against commodity dollars like the aussie and loonie as of writing). As the 1-hour chart below shows, the Dollar Index has so far stalled out at the 38.2% Fibonacci retracement of its two-week, 400-pip drop: 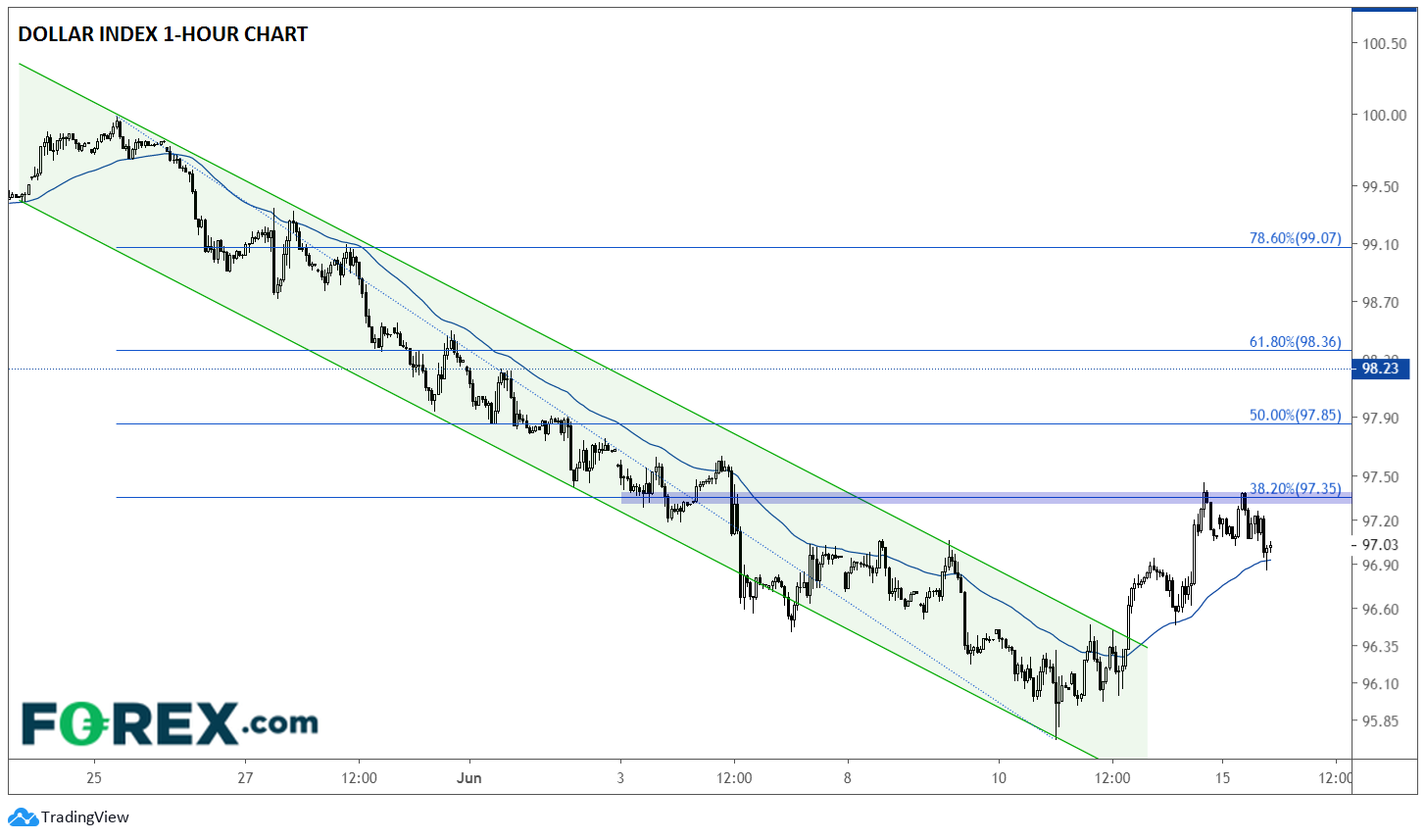 Despite the lackluster start to this week’s trade, the Dollar Index is (so far) holding above its 50-hour exponential moving average, with an intact trend of higher highs and higher lows. If dollar bulls can step in to support the buck and convincingly break resistance in the 97.40 area, the Dollar Index could rally toward 97.80 (the 50% Fibonacci retracement) or 98.35 (61.8%) next. Meanwhile, a break below the 50-day EMA at 96.90 and especially Friday’s low near 96.50, the dollar index could resume its recent downtrend for a move back below 96.00.