Dollar vacillates amid US fiscal and monetary policy uncertainties

The US dollar has been trading in a tight range against a basket of other major currencies for the past two weeks as uncertainties surrounding both US monetary and fiscal policies have pushed and pulled the greenback.

The US dollar has been trading in a tight range against a basket of other major currencies for the past two weeks as uncertainties surrounding both US monetary and fiscal policies have pushed and pulled the greenback. While expectations of a December rate hike by the Federal Reserve remain exceptionally high, which has helped to support the dollar, President Trump’s nomination last week of Jerome Powell to lead the central bank after current Chair Janet Yellen’s term expires was seen as a more dovish pick than the next most likely alternative at the time (John Taylor). From a fiscal policy perspective, the introduction last week of a new tax plan by the US House of Representatives helped give the dollar a temporary boost. This week, however, doubts regarding tax reform began to arise as the Senate prepared to introduce its own tax bill that diverges from the House plan. This is likely to mean delays or difficulties in getting the highly anticipated tax reforms in place, which has weighed on both the US dollar and equity markets.

From a technical perspective, these fiscal and monetary policy uncertainties have contributed to an indecisive US dollar that appears to be taking a breather amid its recent recovery and breakout. On the USD index chart, this indecisiveness has formed a tight, flag-like pattern that suggests a possible continuation of the recovery if broken to the upside. Of course, the validity of such patterns is contingent upon whether and how they are broken. The push above 94.00 previous resistance two weeks ago was a key technical event, because it also signified a breakout above a clear inverted head-and-shoulders pattern, which is generally considered a bullish reversal pattern. Whether this bullish reversal extends further will depend in part on whether the index breaks above or below the current range pattern. In the case of an upside break, the next major bullish targets are around the 95.50 and 96.50 resistance levels. To the downside, any breakdown below the tight range, and then further breakdown below the current 94.00 support, would clearly invalidate both the bullish flag pattern as well as the inverted head-and-shoulders pattern. 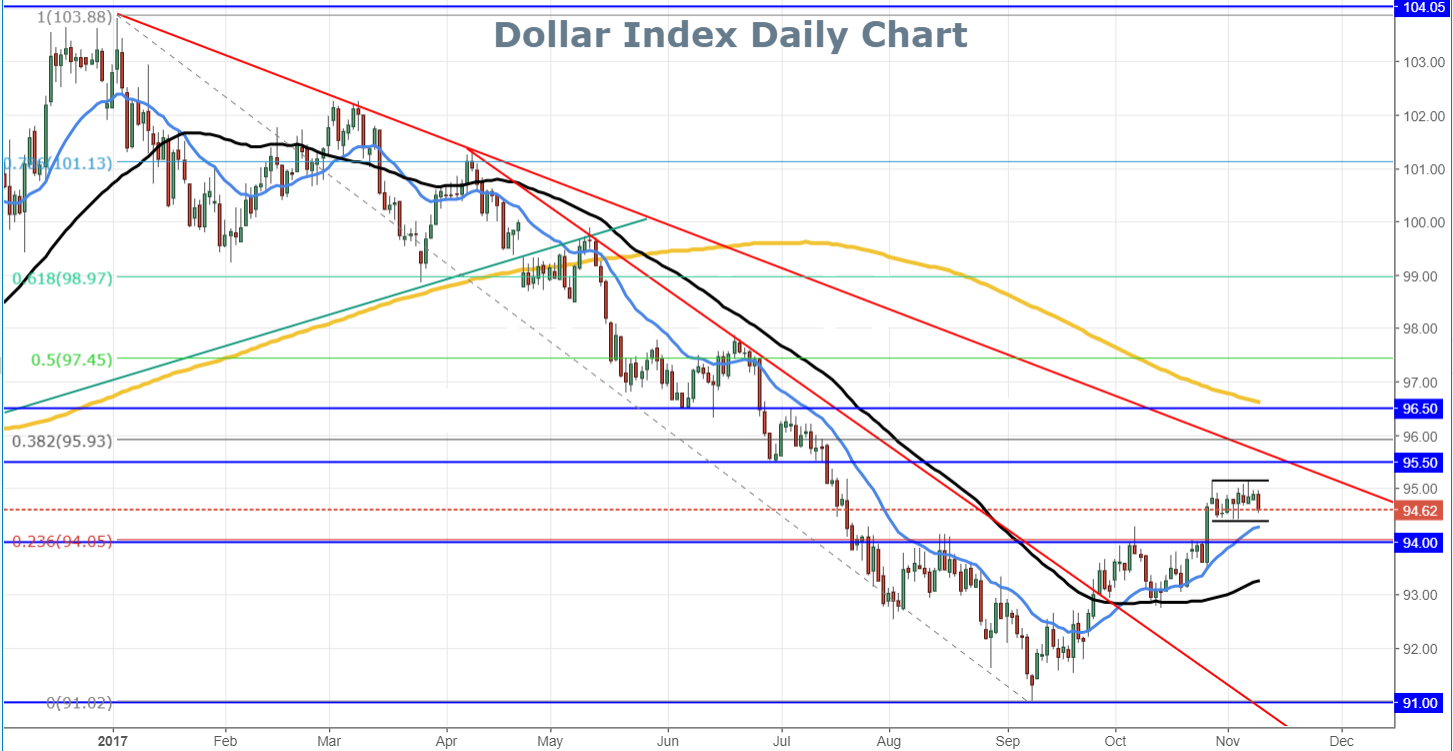