<p>After massively disappointing traders’ high hopes back in December, “Super” Mario Draghi and company were <i>not</i> going to make the same mistake again. Expectant traders and analysts were looking for the ECB to cut its deposit rate by 10bps and increase its quantitative easing program by €10B per month, but the so-called “whisper numbers” were even more aggressive than that. Regardless, the ECB busted out its big bazooka at the conclusion of today’s monetary policy meeting, enacting a series of aggressive proposals.</p> 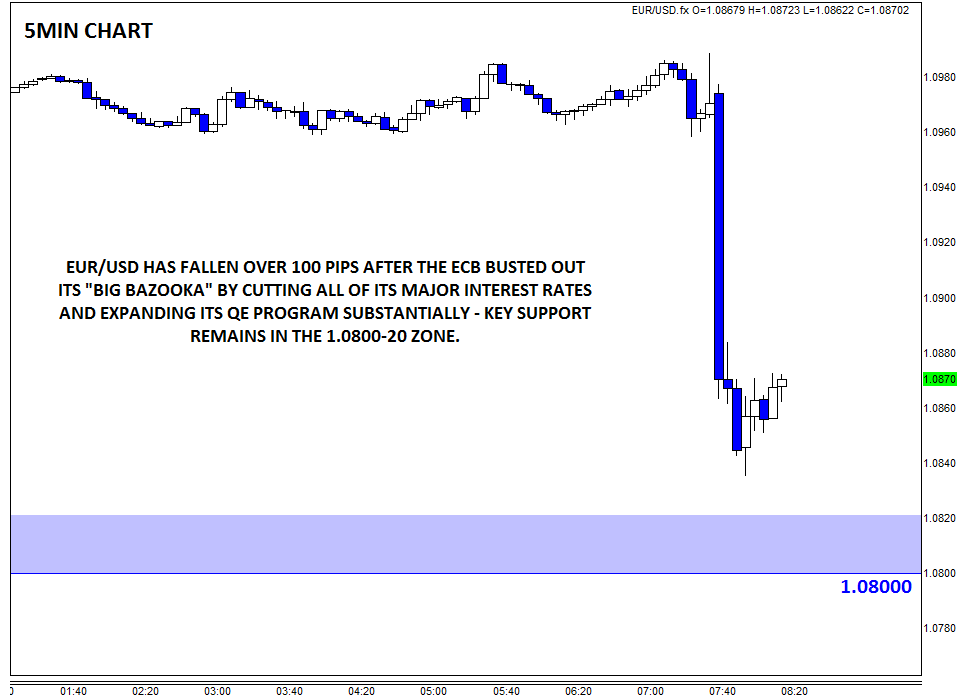