EU indices up this morning | TA focus on DS Smith


MORNING TRADING
In Asian trading hours, EUR/USD bounced to 1.1650 and GBP/USD edged up to 1.2920. USD/JPY was broadly flat at 104.71. AUD/USD retreated to 0.7038. This morning, the Reserve Bank of Australia cut its benchmark rate to 0.10% from 0.25% as expected and announced a 100 billion Australian dollars bond purchase program of 5 to 10 years government bonds over the next six months. The central bank said it "is not expecting to increase the cash rate for at least three years" and "is prepared to do more if necessary".

#UK - IRELAND#
DS Smith, a packaging company, posted a trading update: "Corrugated box volumes in and throughout Q2 have returned to growth versus the comparable prior year period following the challenges of Q1 and we expect volumes for the H1 period overall to be c. 1.5% lower than the prior year H1. (...) While the profit for the half year will be lower than the comparable prior year period due to Covid, we have seen significant improvement in Q2 compared to Q1."
From a technical point of view, the stock is trading within a symmetrical triangle drawn since March 2020. In addition, the upper boundary of the pattern is a declining trend line in place since June 2018, while the RSI is also capped by a medium-term bearish trend line. Below 317p, targets are set at the bottom of 2014 at 215.7p and 165p in extension. 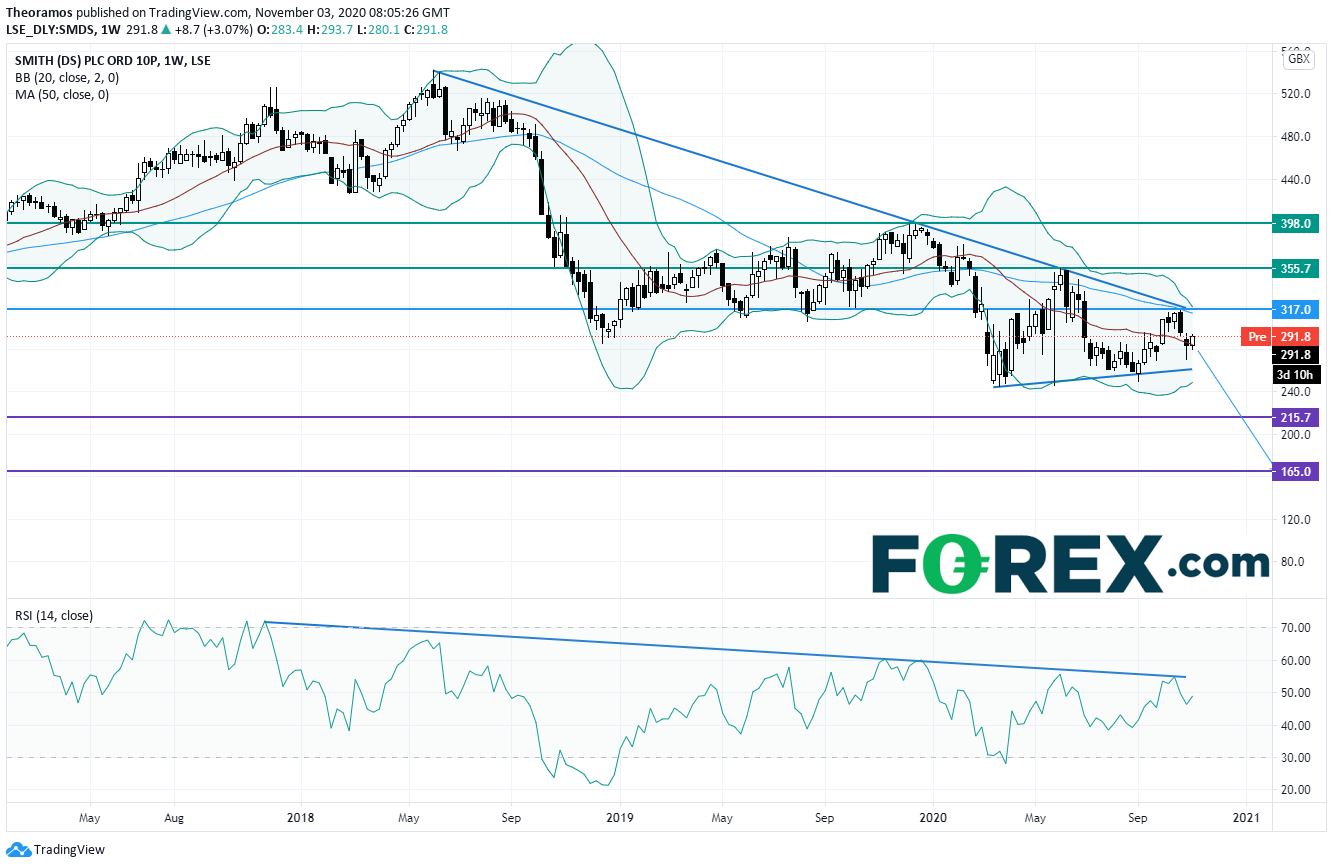 BP, an oil giant, was upgraded to "equalweight" from "underweight" at Morgan Stanley.

Royal Dutch Shell, a giant oil producer, was upgraded to "overweight" from "equalweight" at Morgan Stanley.