<p>EUR/GBP continued its sharp slide on Wednesday morning for the second consecutive day this week as the euro has generally remained in a prolonged slump and sterling has once again taken center stage as the star performer against other major currencies. In the process of this slide, the currency pair hit a new 16-week low under 0.7600 early on Wednesday.</p> 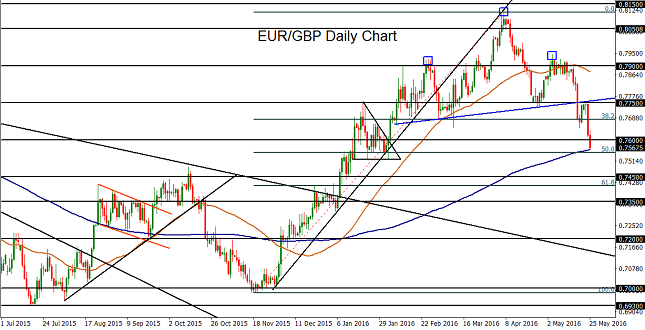