EUR is searching for light

Among a bunch of bad economic data, EUR had to cope yesterday with the decision of the German Constitutional Court that ruled that the European Central Bank's bond-purchase program launched since 2015, not including the pandemic emergency purchase, partly violates the German constitution. Later, European Commission spokesman Eric Mamer reacted: "Notwithstanding the analysis of the decision of the German Constitutional Court today, we reaffirm the primacy of E.U. law." Europe, German and French PMIs are expected later this morning.

From a technical point of view, EUR/USD has struck against its strong horizontal resistance at 1.0990 and still stands below its 50-day moving average (in blue). The daily RSI remains within its selling area between 50 and 30. Readers may therefore consider the potential for further weakness below resistance at 1.0990. The nearest support would be set at horizontal support at Apr. 23 low at 1.0725 and a second one would be set at set at March bottom at 1.0630 in extension. 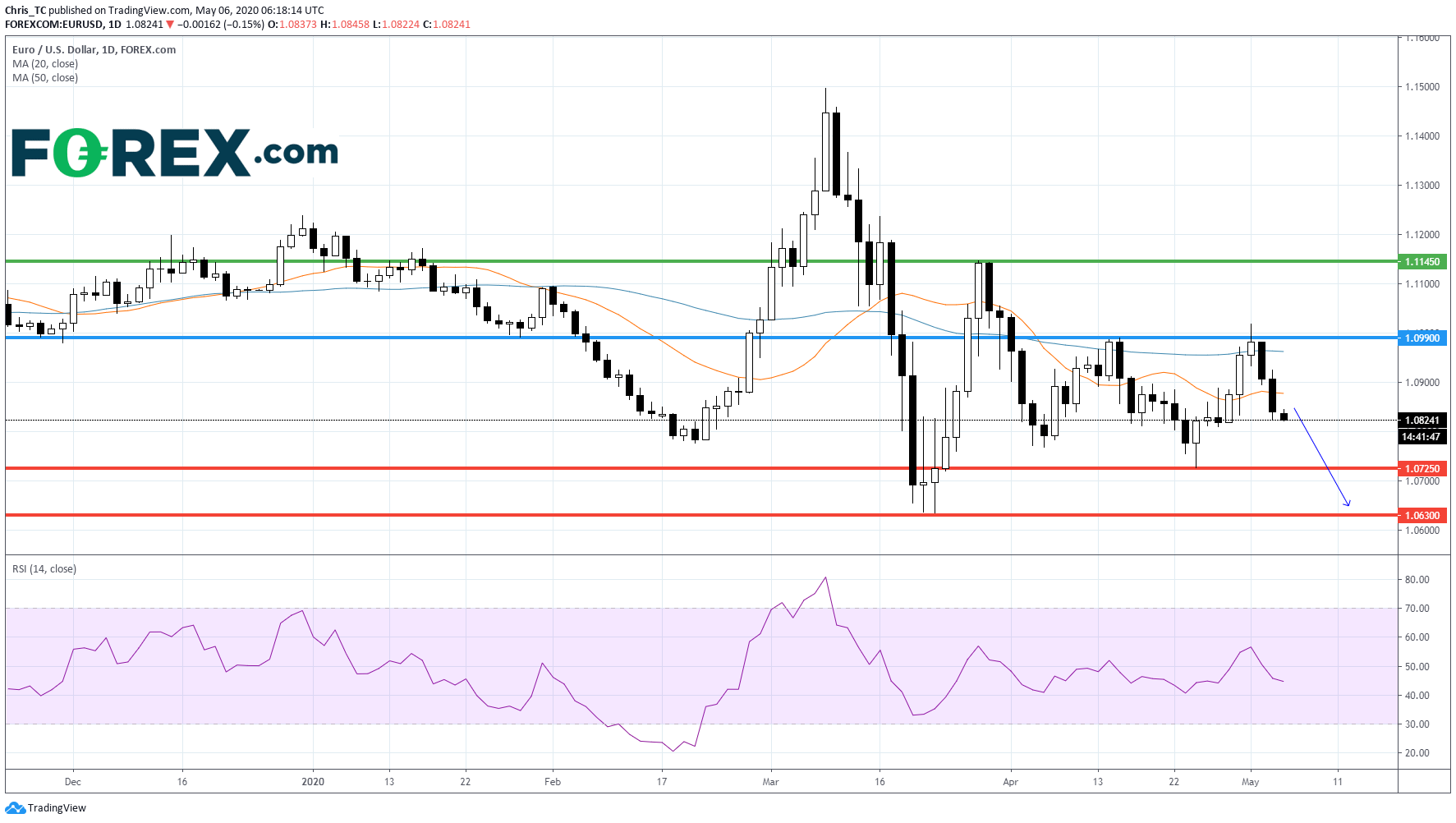