<p>EUR/JPY dropped to a new three-year low of 120.30 early on Thursday, dipping slightly below its previous long-term low that was hit late last week, before paring its losses by the afternoon. Helping to drive the currency pair lower on Thursday was a general risk-off sentiment during the earlier part of the day that prompted the safe haven yen to gain favor.</p> 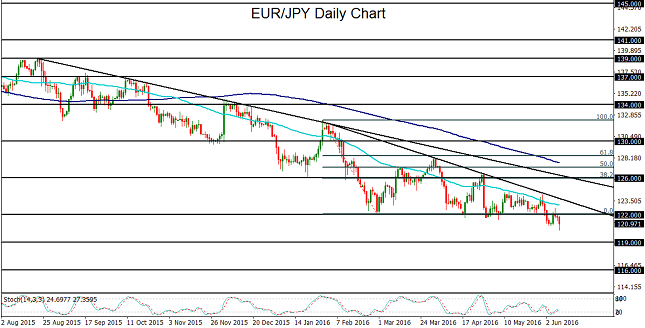