EUR/JPY pulls back ahead of BoJ

Nowhere is this yen pullback more evident than in the USD/JPY, where recent US dollar strength has been placed in stark contrast to yen weakness, resulting in a meteoric rise for the currency pair.

As for EUR/JPY, the rise has been somewhat more muted due to the generally lagging euro, but this has only highlighted the overall weakness of the Japanese currency as of late.

On Tuesday morning in Asia, the Bank of Japan (BoJ) is scheduled to issue its monetary policy statement, the last major central bank decision this year. The BoJ is widely expected to keep its negative interest rates unchanged at -0.10%, and not to expand its already-massive stimulus program at the current time. Part of these expectations can be traced to the current Trump rally that has extended very conspicuously to Japan’s Nikkei index, as well as the recent sharp pullback for the Japanese yen.

The BoJ decision could lead to a further rebound for the yen and an extended pullback for EUR/JPY, especially if no changes are made as expected. In this event, combined with the ECB-driven weakness of the euro, EUR/JPY could begin to resume its longer-term bearish trend.

From a technical perspective, EUR/JPY has just turned back down from a key downtrend resistance line extending back to June of 2015. The currency pair has also just dropped down to a key support/resistance level around 121.70. In the event of a confirmed breakdown and follow-through below this level, the next major downside target resides at the 118.00 support level. 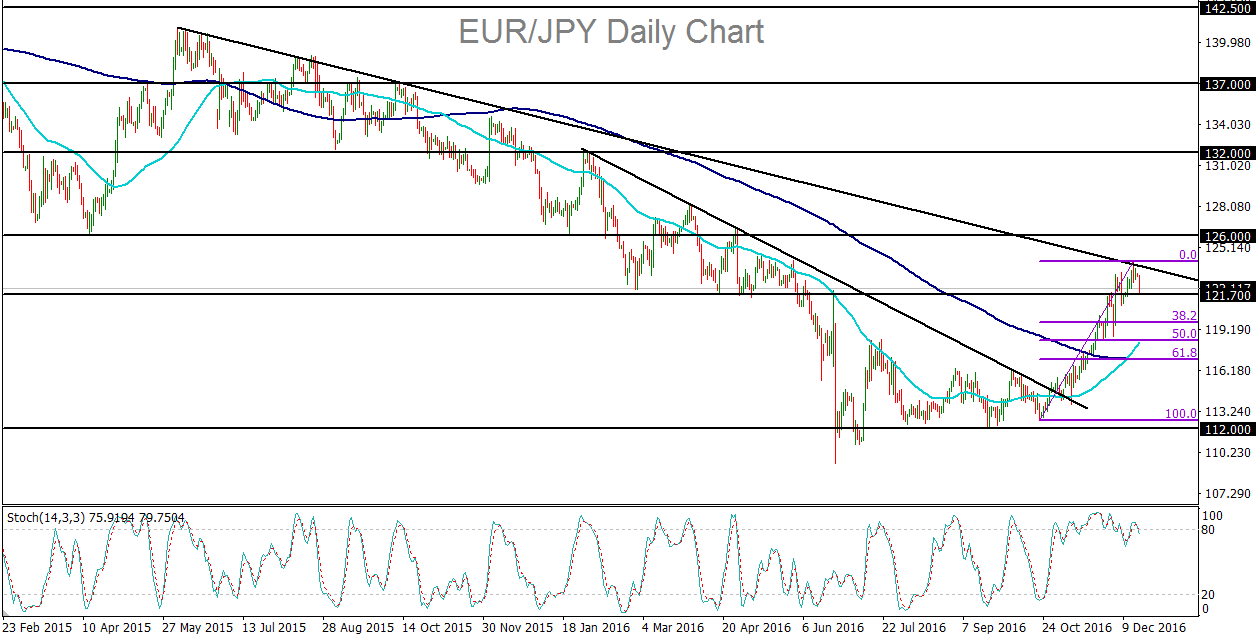