As the US dollar continued its persistent slump on Thursday despite enduring expectations of higher US inflation and interest rates, the EUR/USD rose to revisit major resistance around the 1.2500 handle, which is the area of recent 3-year highs. 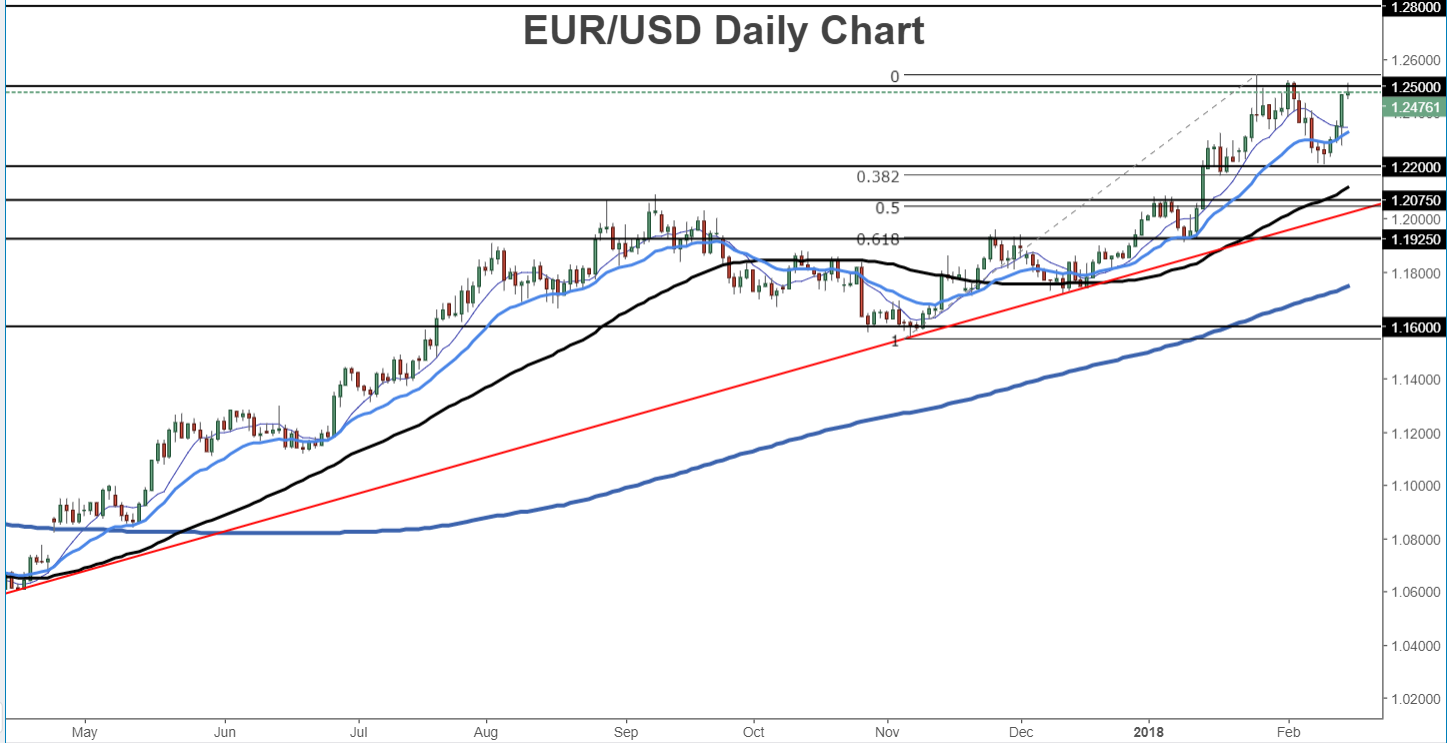