EUR/CAD breaks out ahead of Canada jobs, G7 and ECB meetings 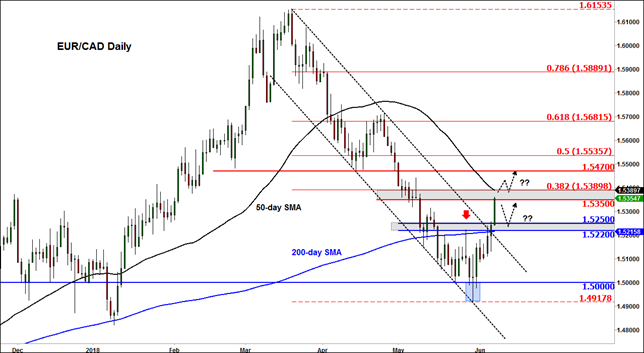