In addition to EUR/USD moving lower, EUR/JPY could continue lower as well, as the Yen is also considered a safe haven currency.

However, the US Dollar isn’t the only currency that traders are moving to for safety.  The Yen is also considered a safe haven.  As a result of a weak Euro and a strong Yen, EUR/JPY has been taking a hit over the last few days. Since February 2020, EUR/JPY  had been moving higher in an upward sloping channel.  The pair made its 2022 low on March 7th at 123.39 and moved higher until June 28th, creating a triple top near 144.27. This is EUR/JPY’s highest level since January 2015.  On June 28th, the EUR/JPY began moving lower, and just 1 week later on July 5th, the pair broken below the bottom trendline of the longer-term, upward sloping channel near 139.50.   Today, EUR/JPY continues lower and has broken the neckline of the triple top near 137.70.  The target for the break of the neckline of a triple top is the height from the top to the neckline, added to the breakdown level.  In this case the target is near 131.10. 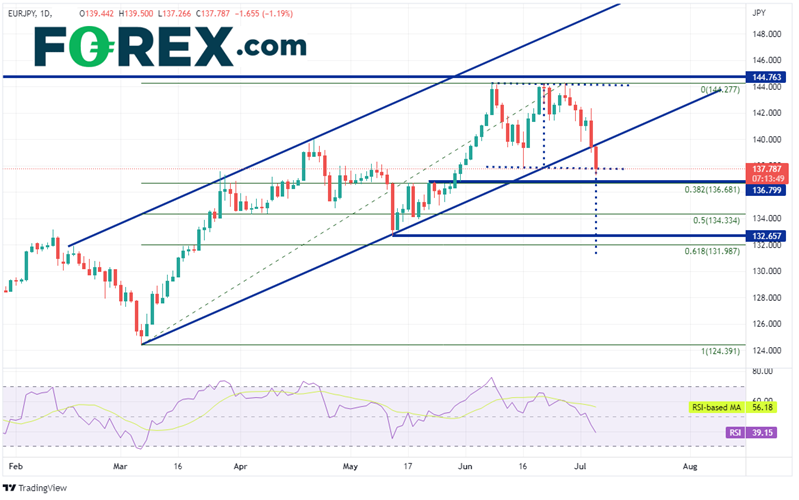 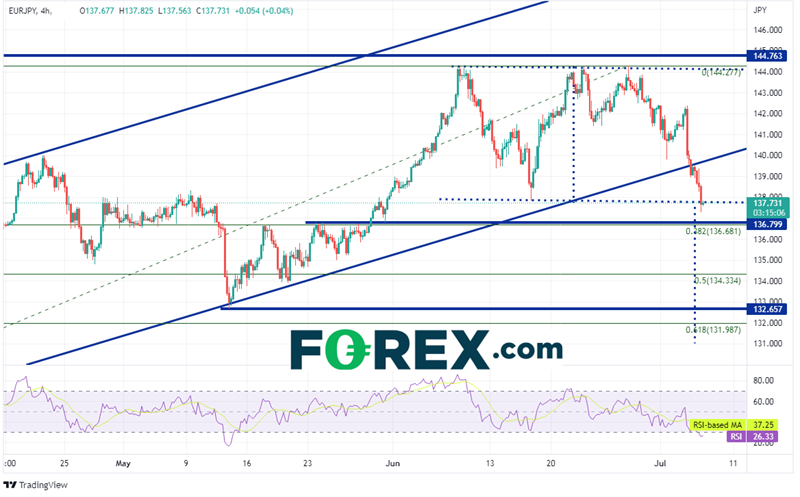 If general fears of a recession continue, it may put more pressure on the Euro.  In addition to EUR/USD moving lower, EUR/JPY could continue lower as well, as the Yen is also considered a safe haven currency.