With all the possible recession talk over the past few weeks, it was nice to see a glimmer of sunshine in the European Purchasing Manager’s Index (PMI), especially from the Germany, the powerhouse of the European Union  The DAX pared losses. However, for the Euro, the excitement was brief.  Although the data was better than expected, it still remains well below 50.

ALL the PMI data from the EU came in better than expected: As the data was released, notice how the EUR/USD bid up, in hopes that the next country’s data to be released would be better than expected as well.  However, once the overall EU PMI was released, the market used that opportunity to sell Euros and buy US Dollars.  (I’ll let the short-term price action speak for itself). 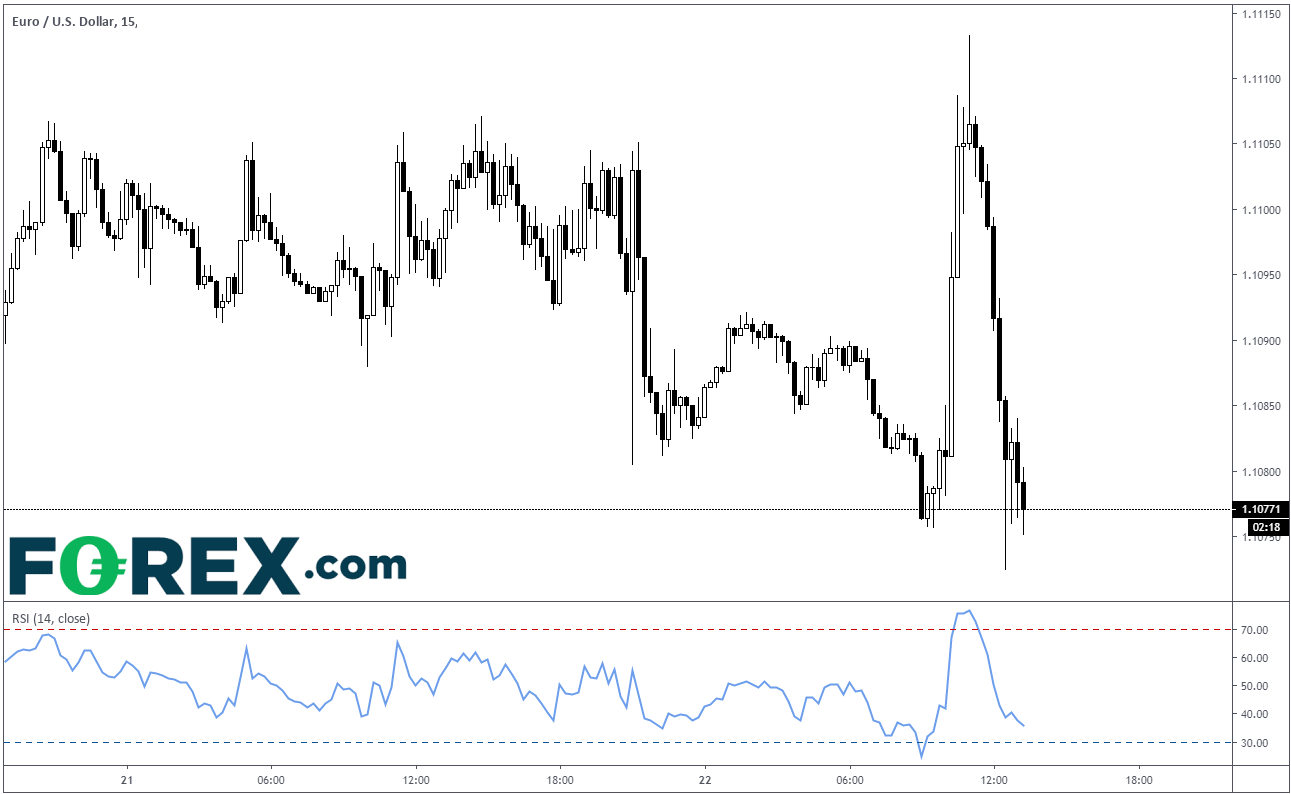 With only Initial Jobless Claims and the US PMI data left on todays calendar, it appears the market may be gearing up for the possibility of a less dovish Powell tomorrow when he speaks at Jackson Hole,  as the FOMC July 31st minutes released yesterday were also taken as less dovish. 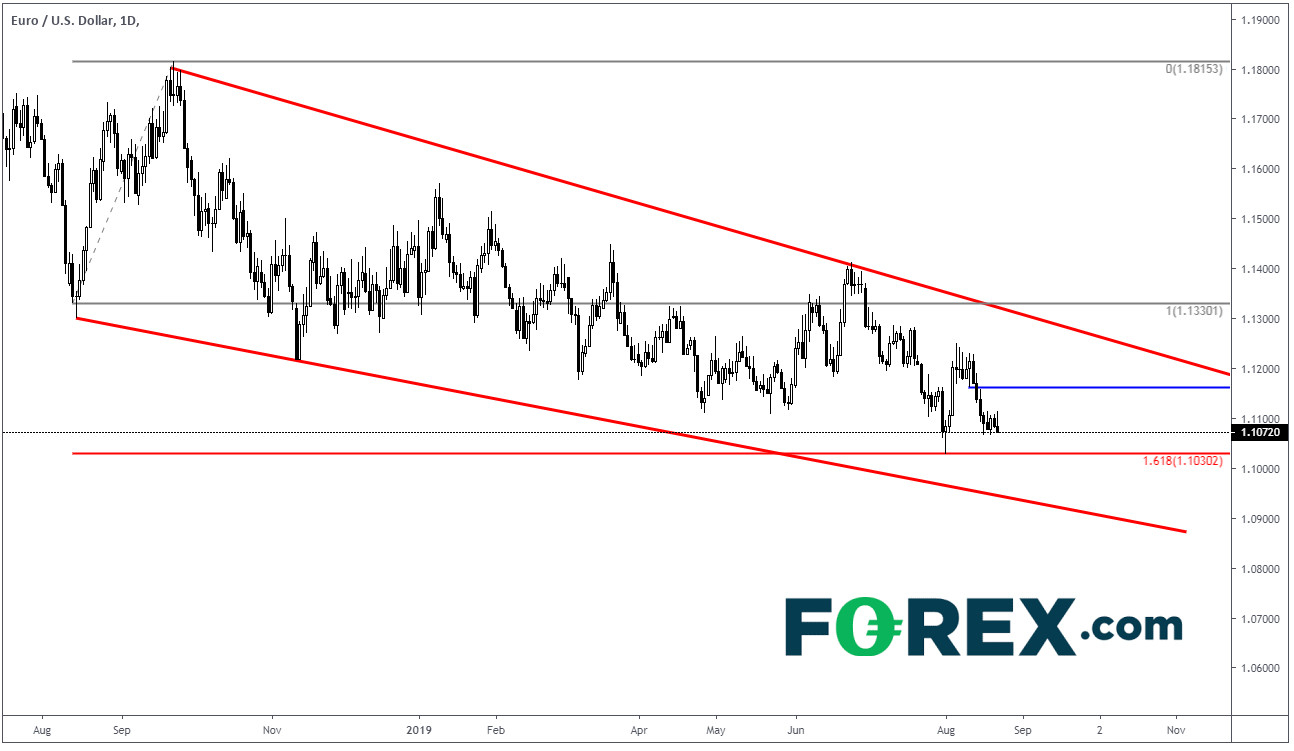