The ECB was not the only central bank cutting interest rates today. The Turkish central bank also trimmed rates, but by a good 325 basis points – more than 250 expected. This comes on the back of the 425 bp cut in July. Following today’s cut, the key interest rates now stand at 16.50% in Turkey.

The CBRT’s decision comes on the back persistent pressure from President Erdogan, who has been calling for lower interest rates for months – if not years – despite the runaway inflation. At 16.65%, the Consumer Price Index in Turkey is among the highest for a developing economy.

With interest rates falling, some analysts think that inflation could accelerate again and cause more economic pain. As a result, the lira could come under renewed pressure, they argue.

However, for the time being, the beleaguered currency has actually responded positively to the rate decision, suggesting investors are more concerned about economic growth than inflation, supporting the view of the President.

Given (1) the TRY’s positive response to the CBRT’s rate cut, (2) the announcement of more monetary stimulus by the ECB today, (2) ongoing capital controls by the Turkish government, and (4) the ongoing “risk-on” sentiment, the EUR/TRY could be heading lower over the coming weeks, before the longer term macro factors come back to the forefront and undermine the TRY.

The EUT/TRY has actually already formed a near-term peak when the spike above the 6.5000 handle on August 25 turned out to be just that – a spike. Since then, rates have been trending lower and now find themselves below the 200-day moving average. With this long-term average broken, the path of least resistance is now to the downside. We expect the exchange rate to decline and eventually test the prior lows around 6.1200 and possibly 5.8450 over the coming weeks. 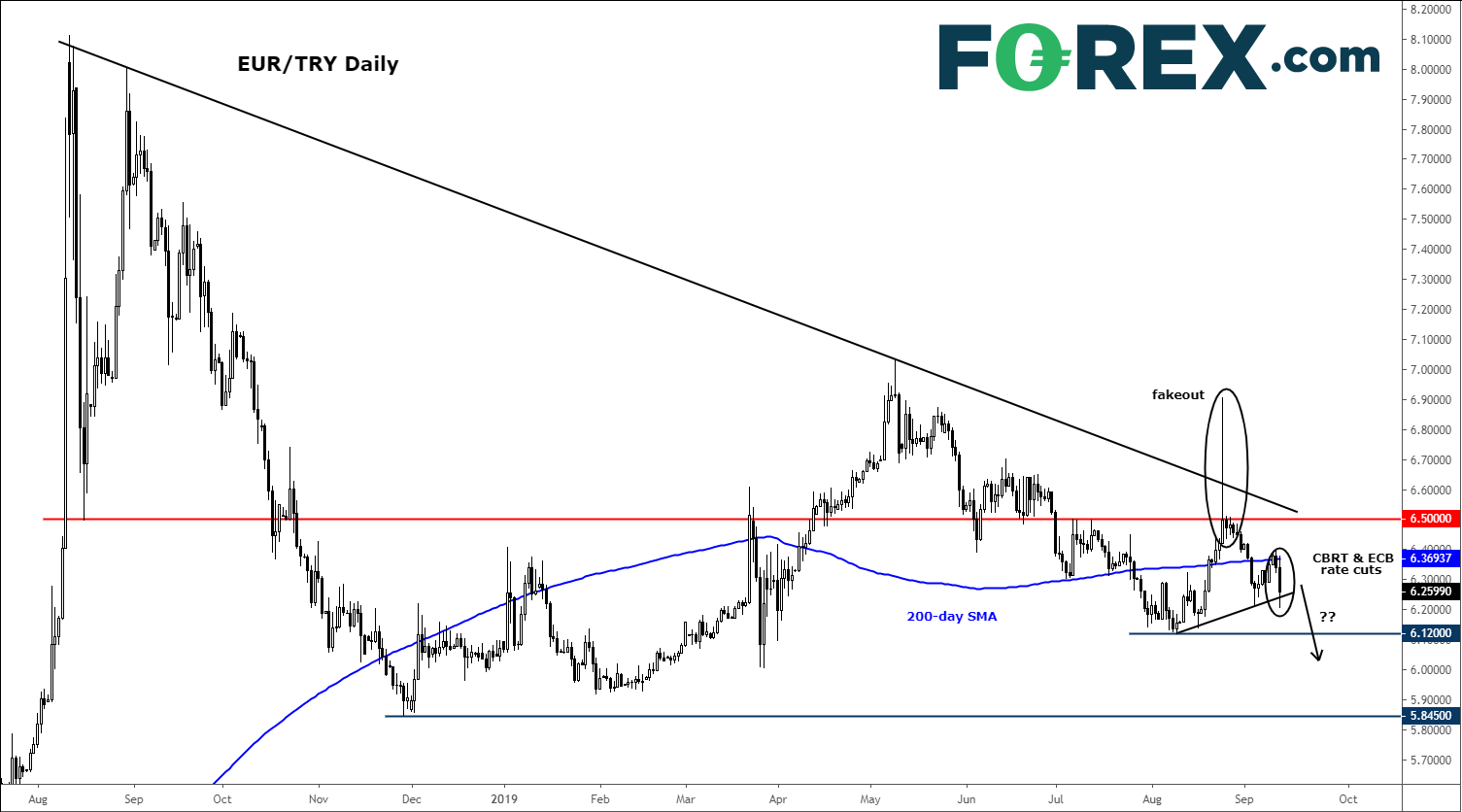