The US dollar will come under sharper focus this afternoon as market participants await the release of GDP. The report is expected to reveal that the world’s largest economy expanded by an annualised rate of 2.6% in the third quarter compared to 3.1% in Q2. 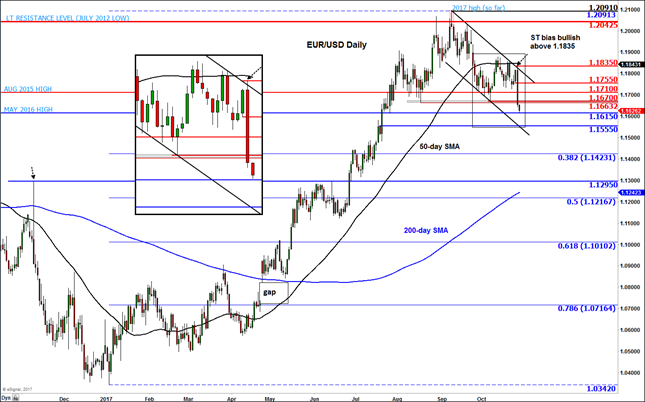