Hopes that the stand-off between Italy and the EU would be resolved have been dashed. The EUR/USD spiked both sides of the 1.14 handle but was trading below it – around 1.1385 – at the time of writing. 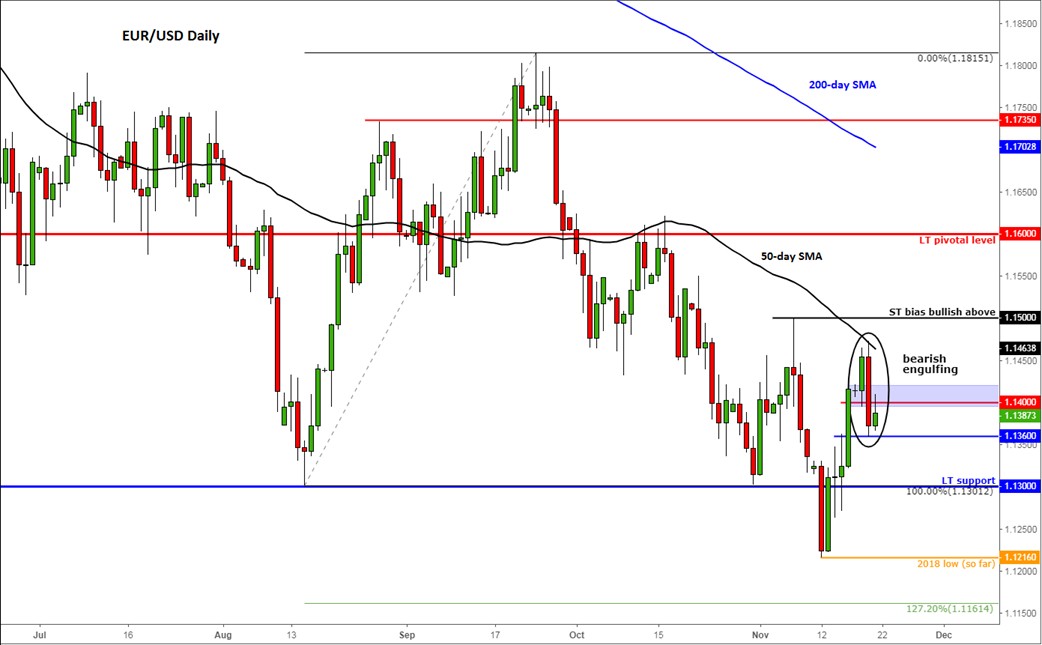