The 20-day moving average is acting as support on the climb: Chart

On Friday, the Leading Index for November is expected to rise 0.5% on month, compared to +0.7% in October.

The Euro was bullish against most of its major pairs with the exception of the AUD. In the U.K., the Bank of England decided to keep its key interest rate unchanged at 0.100%. The size of its asset purchase program remains unchanged at 895 billion pounds. Also, November Eurozone consumer price index final reading has been confirmed at -0.3% on month as expected.


Looking at movers, the EUR/USD gained around 67 pips in Thursday's trading making it the top performing pair against the majors. The pair looks to be back in a well-established uptrend after breaking above a consolidation zone in place since August. Key resistance at the 1.2265 level has been broken to the upside. The next major target resistance levels are 1.2415 and 1.2535 in extension. A break below the 20-day moving average would be a bearish warning signal. Key support can be seen at the breakout level of 1.202. 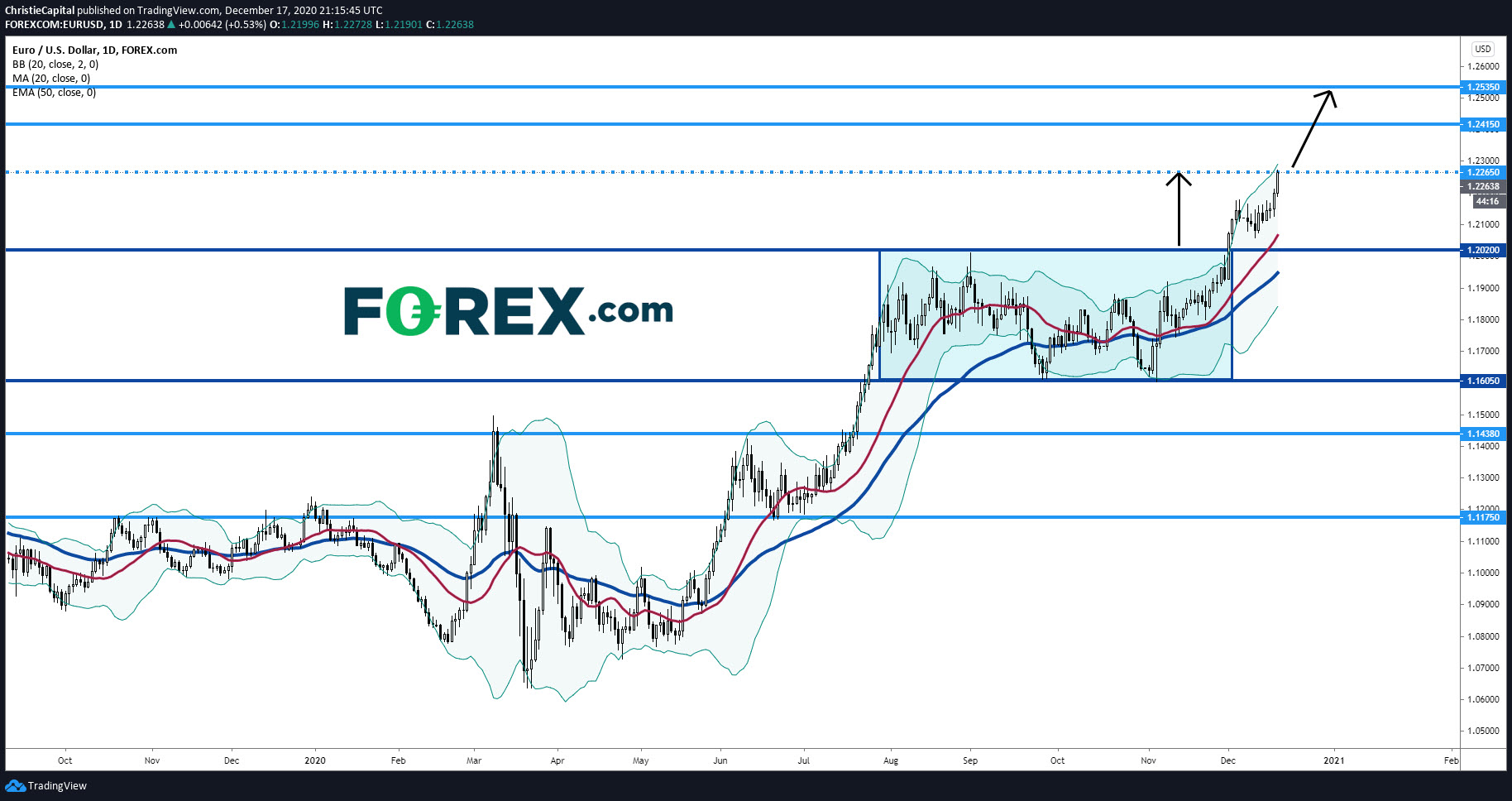