The pair remains in a trading range, which direction will it breakout?

The US Dollar was bullish against most of its major pairs on Wednesday with the exception of the NZD and CAD. On the US economic data front, the Mortgage Bankers Association's Mortgage Applications slipped 2.0% for the week ending August 28th, compared to -6.5% in the prior week. Automatic Data Processing's Employment Change rose to 428K on month in August (1,000K expected), from a revised 212K in July. Factory Orders increased 6.4% on month in July (+6.1% expected), in line with the revised June reading. Durable Goods Orders advanced 11.4% on month in the July final reading (+11.2% expected), from 11.2% in the July preliminary reading. The Federal Reserve's Beige Book stated that overall economic activity increased modestly among most Districts, but remained well below pre-COVID levels. Employment increased overall, with gains in manufacturing being the most notable, however some Districts reported slowing job growth. Finally, price pressures increased since the last report in July but remained modest.

The Euro was bearish against all of its major pairs. In Europe, the European Commission has posted July PPI at +0.6% (vs +0.5% expected). The German Federal Statistical Office has reported July retail sales at -0.9% on month (vs +0.5% expected). In the U.K., the Nationwide Building Society has released its House Price Index for August at +2.0% (vs +0.5% on month expected).

The EUR/USD dropped 58 pips to 1.1854 on Wednesday making it the largest mover of the day. The EUR/USD is in a consolidation between 1.2015 and 1.1695. The RSI is indicating a bearish divergence as it is capped by a declining trendline while the pair consolidates. 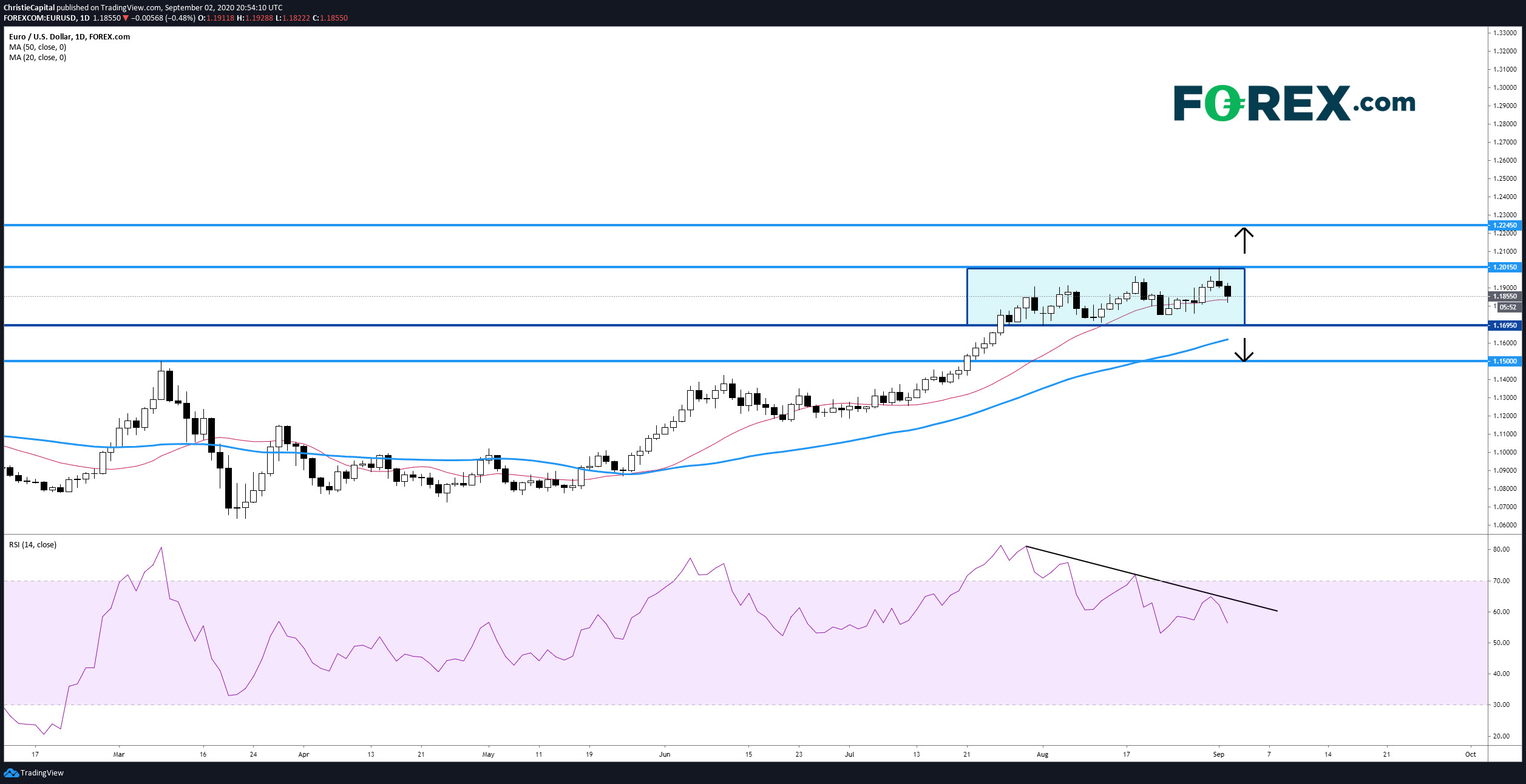