<p>Gold and silver prices have taken a big plunge on the back of falling bond prices and rallying US dollar since the release of the FOMC’s last policy meeting minutes on Wednesday and the accompanying hawkish commentary from several Fed officials. All of a sudden the implied probability of a June rate hike, which had been sub-10 per cent a few days ago, has now risen to almost 75 per cent. This basically has diminished the appetite for low and non-interest-baring assets like the euro and gold respectively.</p> 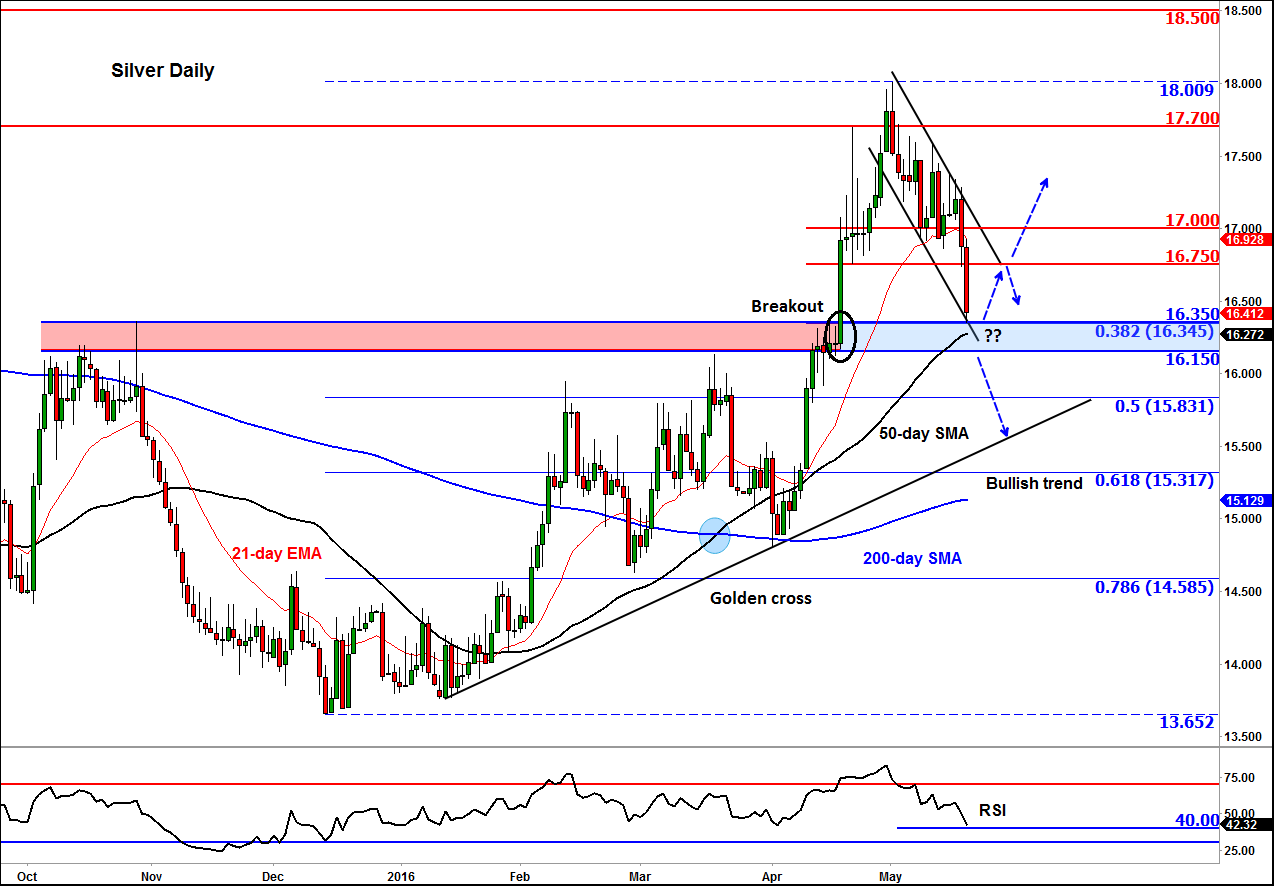