If BOE members continue with hawkish comments and Christine Lagarde continues to be dovish, the Pound could be in for quite a ride higher!

Yesterday, BOE Governor Baily, speaking before the Treasury Committee, said that at the last BOE meeting in August, members were split 4-4 between those who thought minimum criteria had been met for “considering an interest rate hike” and those who had not.  Whoa!  Interest rate hike?  What about finishing the tapering first?  It was just 9 months ago when banks were told to prepare for negative rates, if necessary.  And Bailey is talking about hiking rates?  BOE’s Saunders also recently echoed this sentiment, commenting that the UK no longer needs as much stimulus as previously.

Who is Andrew Bailey?

Recall that at the August BOE meeting, the MPC unanimously left rates unchanged and said that they do not intend to tighten monetary policy at least until there is clear evidence that significant progress is made to eliminate spare capacity and achieving the 2% inflation target, sustainably.  However, some members said that there could be some modest tightening over the next 2 years if the economy continues to improve.  But have conditions improved that much over the last 6 weeks?  Next week, the UK will release the Claimant Count, Inflation data, and Retail Sales.

On a daily timeframe, GBP/USD closed up nearly 70  pips today, with a range of 88 pips.  With a hammer bottom on yesterday’s daily timeframe, price moved higher and closed above 3 big levels today: 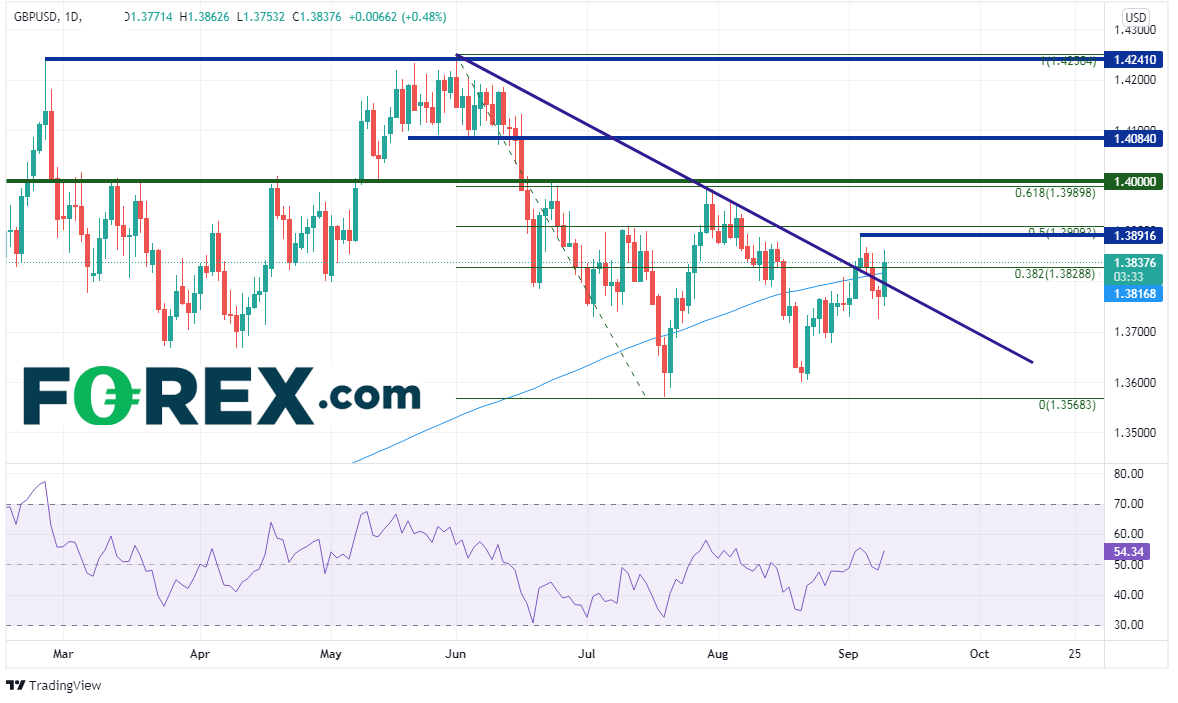 As mentioned earlier in our ECB meeting recap, EUR/GBP moved lower on the day.  However, the pair was moving lower even before the ECB meeting.  It then accelerated lower after the meeting.  EUR/GBP has been trading in a downward sloping channel since reaching a near-term high on April 26th, near 0.8720.  Last week, price briefly broke above the channel to 0.8613. After forming 2 shooting star candles, price moved lower back into the range today.

The next BOE meeting is on September 23rd.  If BOE members continue to come out with hawkish comments and Christine Lagarde continues to be dovish, along with the Fed’s Jerome Powell, the Pound could be in for quite a ride higher!  (Note that although Lagarde and Powell have been on the dovish side, members of both the ECB and the Fed have come out with more hawkish comments lately).