GBP/USD in focus ahead of UK jobs, inflation report, GDP

Aside from the release of meeting minutes from major central banks, including the US Federal Reserve and European Central Bank, this week also features key releases from the UK in the form of jobs data and inflation report hearings on Wednesday, as well as UK GDP on Thursday.

Aside from the release of meeting minutes from major central banks, including the US Federal Reserve and European Central Bank, this week also features key releases from the UK in the form of jobs data and inflation report hearings on Wednesday, as well as UK GDP on Thursday. Ahead of these important releases, GBP/USD has managed to remain aloft not too far off its recent long-term highs around 1.4300, aided by persistent weakness in the US dollar in recent weeks and months.

Thus far, this week has seen GBP/USD fall as the US dollar has staged a rebound from its new 3-year lows established late last week. With any further dollar recovery on rising expectations of higher inflation and interest rates in the US, GBP/USD could be poised to fall further from its recent highs. The key support level to the downside to watch in this event is around the 1.3800 level. Any sustained break below 1.3800 would confirm weakness in the currency pair, with a further short-term downside target around the key 1.3600 support level. 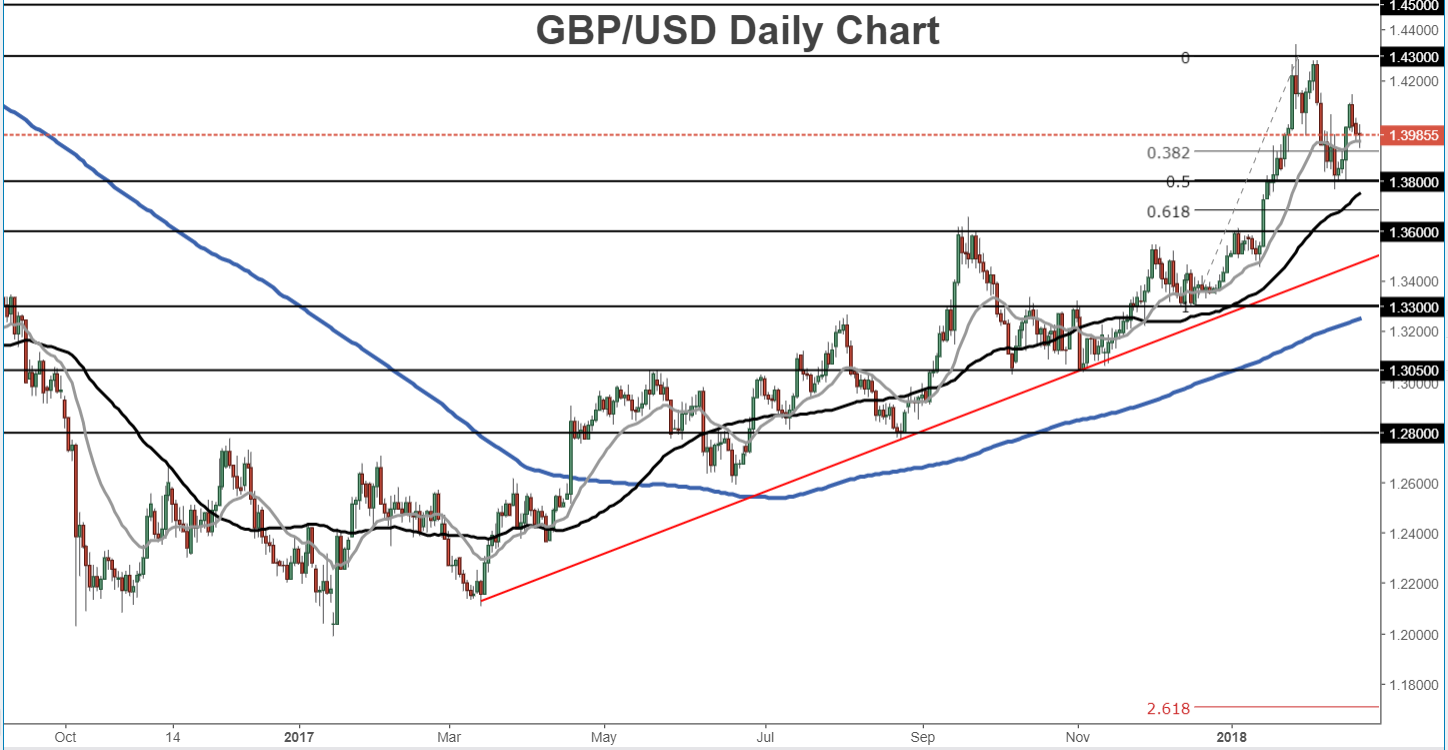