GBP/USD reaches up to 1.3000 target as sterling continues to pound dollar

The US dollar has been pummeled lately as major central banks from the Bank of Canada to the European Central Bank to the Bank of England have all begun to sound increasingly hawkish, providing hints and indications of future stimulus tapering or interest rate hikes. Though the US Federal Reserve has also been hawkish and is well ahead of other central banks in its monetary tightening cycle, the near-simultaneous shift in several non-US central banks towards a tightening stance has helped boost demand for the Canadian dollar, euro, and British pound at the expense of the US dollar.

This has clearly been seen with both EUR/USD and GBP/USD. EUR/USD has hit more than a one-year high, extending its recent surge well above the key 1.1300 level. As for GBP/USD, price action has just reached the major 1.3000 resistance level on Thursday, a day after Bank of England Governor Mark Carney made some clearly hawkish comments indicating that if the UK employment market remained healthy, “tolerance for above-target inflation falls.” This essentially suggested the potential for an impending BoE interest rate hike, provided job creation remained well-supported and inflation continued to rise.

Despite ongoing Brexit concerns as the UK and European Union negotiate terms of separation and trade agreements, the pound has remained highly resilient. Now that the Bank of England has recently shown potential signs of a hawkish shift in monetary policy, that resilience has transformed into bonafide strength against both the US dollar and yen, at least for the time being.

Technically, as noted, GBP/USD hit a major psychological resistance area at 1.3000 on Thursday. For the past two months, the currency pair has toyed with this level but has not been able to make a clean breakout above it. A false breakout attempt in May resulted in a sharp pullback. Now that price has once again reached this key level, GBP/USD is at a critical technical juncture. If the 1.3000 level holds towards the end of this week and into next week, GBP/USD could see a subsequent pullback towards the 1.2800 support level once again. On any strong breakout above 1.3000, however, the currency pair could extend the current rally potentially towards a 1.3250-area price target. 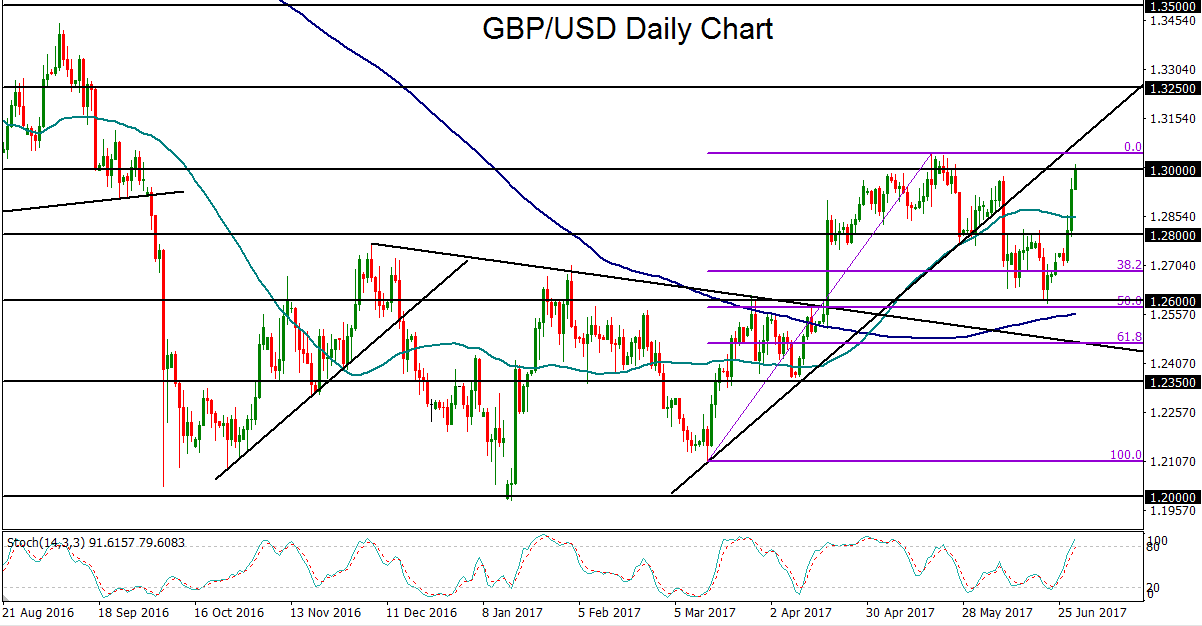