The US Dollar was bearish against most of its major pairs on Tuesday with the exception of the CAD and EUR. On the US economic data front, Empire Manufacturing jumped to 17.0 on month in September (6.9 expected), from 3.7 in August. Industrial Production advanced 0.4% on month in August (+1.0% expected), compared to a revised +3.5% in July.

On Wednesday, the Mortgage Bankers Association's Mortgage Applications data for the week ending September 11th is expected. Retail Sales Advance for August is anticipated to rise 1.0% on month, compared to +1.2% in July. Finally, the Federal Reserve is expected to keep the Federal Funds Rate at 0.00% to 0.25%.

The Euro was bearish against all of its major pairs. In Europe, ZEW survey results of September were released for Germany at -66.2 for current situation, vs -72.0 expected, and at 77.4 for the expectations, vs 69.5 expected. France's INSEE has posted final readings of August CPI at -0.1% on month, as expected. The U.K. Office for National Statistics has reported Jobless Rate for the three months to July at 4.1%, as expected.

GBP/USD saw the largest move on Tuesday after gaining 43 pips to 1.2889. The pair is attempting to recover from its fall of 203 pips to 1.2799 in Thursday's trading breaking a rising supporting trend line. The pair remains bearish after the 50 day moving average crossed above the 20 day moving average. 1.2985 remains key resistance. A break below overlap support at 1.275 might cause an acceleration down to test the 1.251 support level. 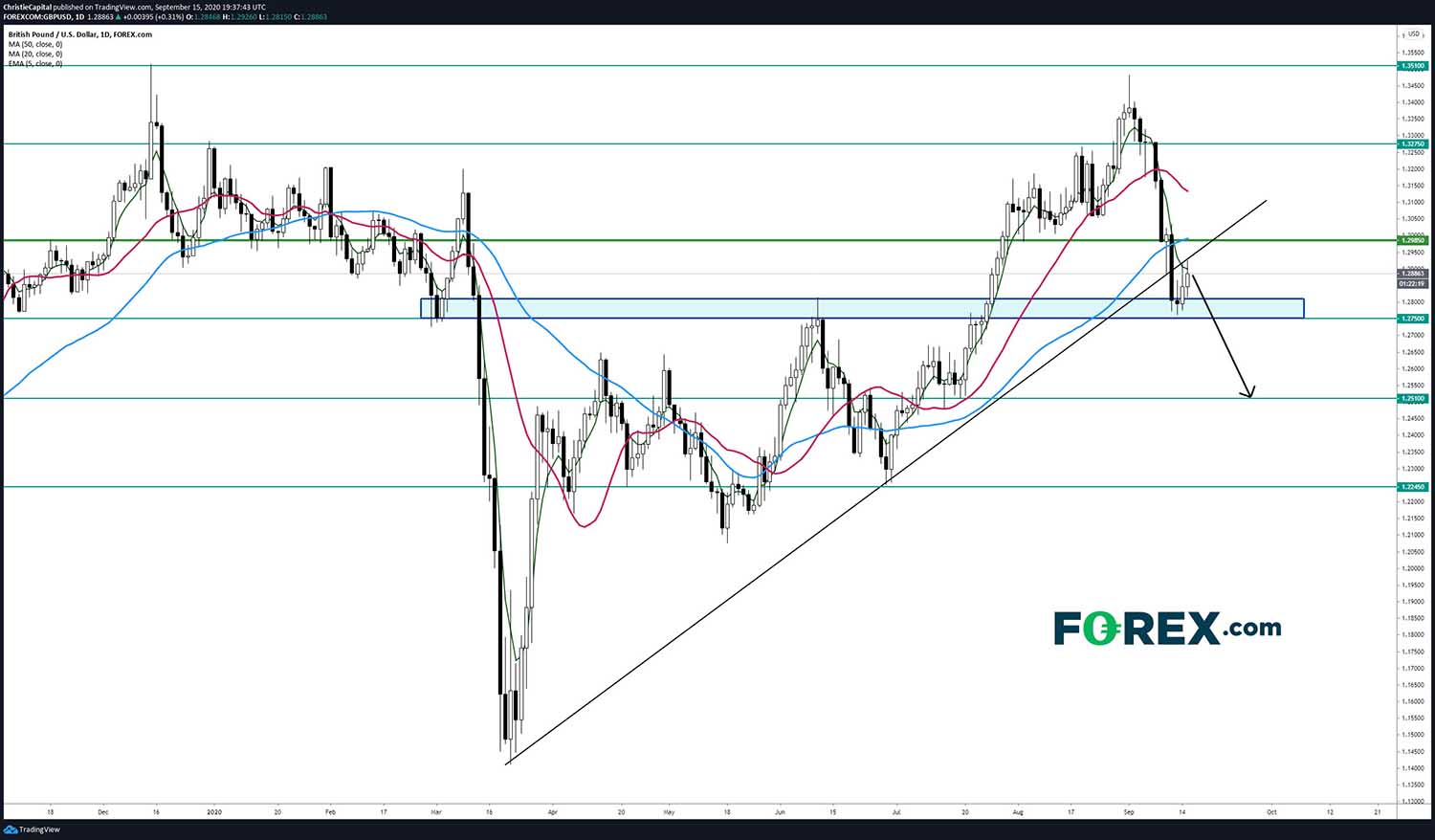