Can the pair break above the next key resistance level?

The US Dollar was bearish against most of its major pairs on Tuesday with the exception of the CAD and CHF. On the US economic data front, the National Federation of Independent Business's Small Business Optimism Index remained unchanged at 104.0 on month in October (104.1 expected), in line with September. Finally, U.S. Job Openings rose to 6.436 million on month in September (6.500 million expected), compared to a revised 6.352 million in August.

The Euro was bearish against most of its major pairs with the exception of the CAD and CHF. In Europe, ZEW survey results of November were released for Germany (current situation at -64.3 vs -63.5 expected, expectations at 39.0 vs 44.3 expected). Also, France's INSEE has reported 3Q ILO jobless rate at 9% (vs 7.5% expected) and September industrial production at +1.4% (vs +0.7% on month expected). Separately, the U.K. Office for National Statistics has posted jobless rate for the three months to September at 4.8%, as expected.

The Australian dollar was bearish against most of its major pairs with the exception of the CAD and CHF.


Looking at the largest movers, the GBP/USD jumped 100 pips to 1.3258 in Tuesday's trading. A rising trend line remains in play with key support at the 1.2845 level. Price action just took out October highs at the 1.3185 level. Look for a continuation higher and the uptrend to continue towards Dec highs around the 1.351 level. 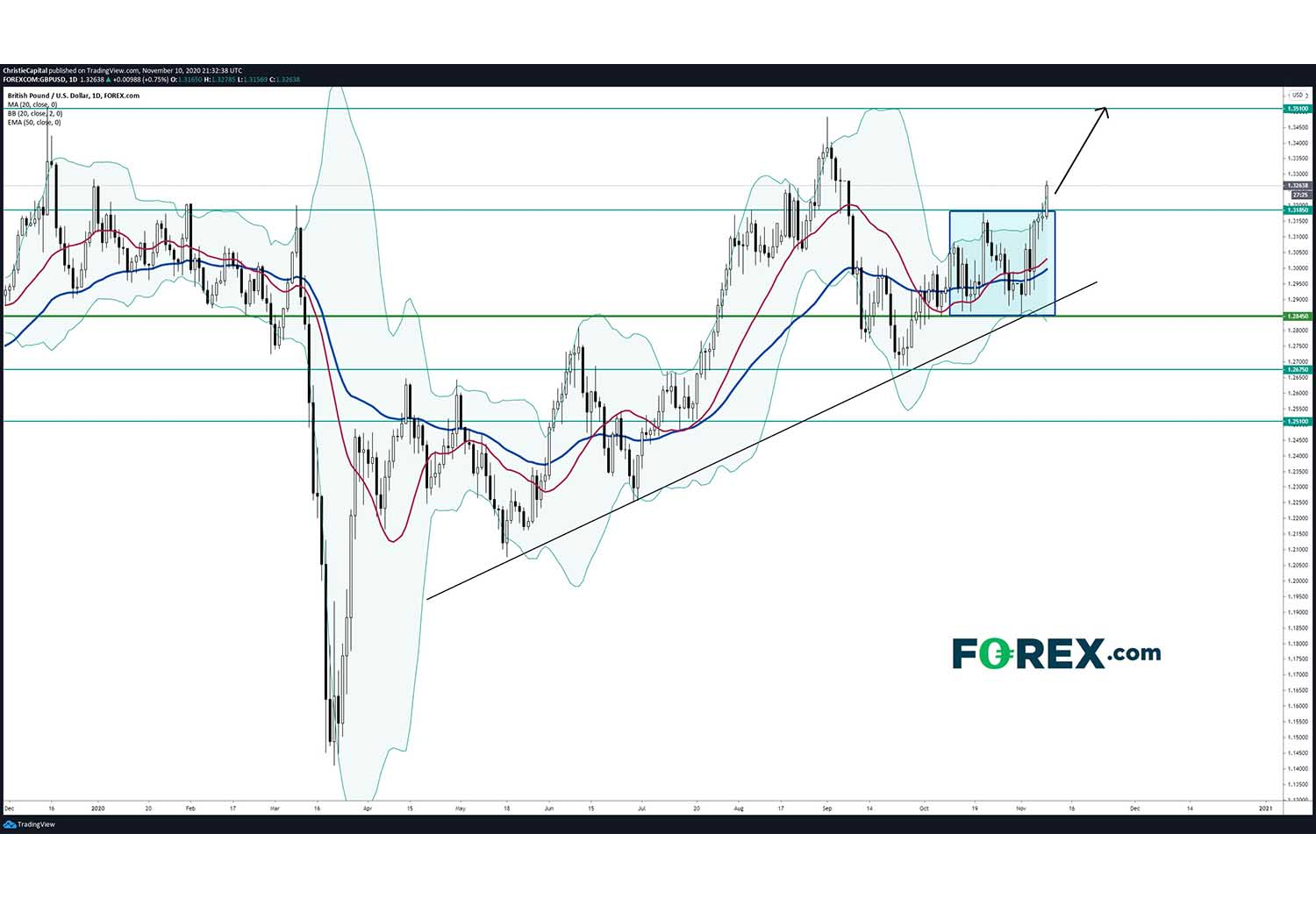