The US Dollar was bullish against all of its major pairs on Tuesday. On the US economic data front, the National Federation of Independent Business's Small Business Optimism Index jumped to 104.0 on month in September (100.9 expected), from 100.2 in August. Finally, the Consumer Price Index increased 0.2% on month in September (as expected), compared to +0.4% in August.

The Euro was bearish against most of its major pairs with the exception of the AUD, CHF and GBP. In Europe, IMF expects the euro area GDP to contract 8.3% in 2020, compared with a previous -10.2% estimate. For 2021, an expansion of 5.2% is expected, down from the prior forecast of 6%. ZEW survey results of October were released for Germany (current situation at -59.5 vs -60.0, expectations at 56.1 vs 72.0 expected). The German Federal Statistical Office has posted final readings of September CPI at -0.2% on year, as expected. The U.K. Office for National Statistics has reported jobless rate for the three months to August at 4.5% (vs 4.3% expected).

Looking at the most active pairs, the GBP/USD dropped 129 pips to 1.2935. Key resistance can be seen at the 1.3085 area. The bias remains bearish on a daily chart as the pair failed to gain momentum after breaking above its 50-day moving average on Monday. Key support rests at 1.2675 with main target of 1.251 on the downside. 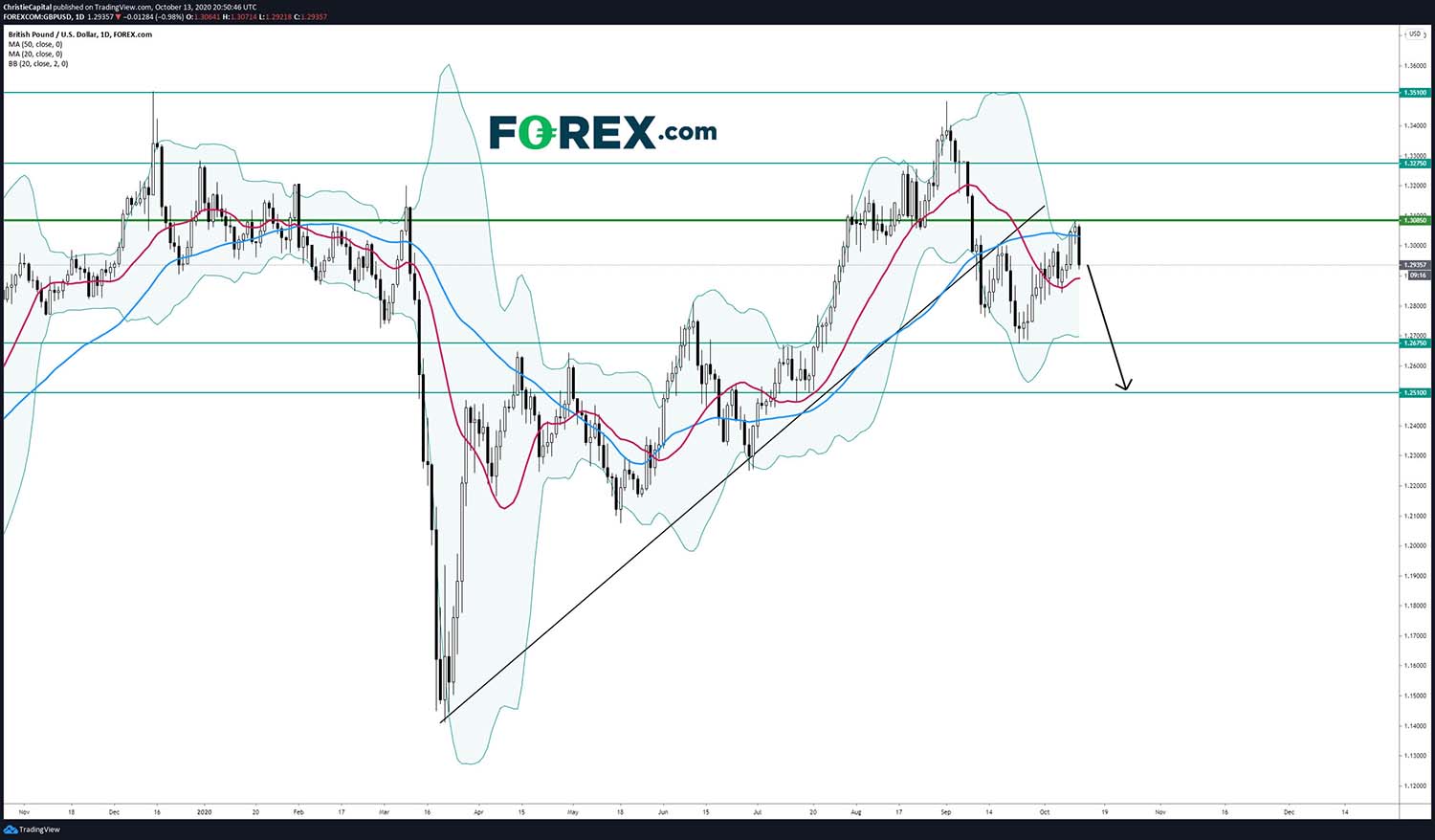