GBPUSD in a holding pattern

A break above 1.3275 resistance may fuel some momentum.

The US Dollar was bearish against most of its major pairs on Wednesday with the exception of the CHF and EUR. On the U.S. economic data front, the Mortgage Bankers Association's Mortgage Applications fell 6.5% for the week ending August 21st, compared to -3.3% in the week before. Durable Goods Orders spiked 11.2% on month in the July preliminary reading (+4.8% expected), from a revised +7.7% in the June final reading.

The Euro was bearish against all of its major pairs. In Europe, France's INSEE has posted Consumer Confidence Index for August at 94, as expected.

Looking at the most active pairs, the GBPUSD pushed higher in back to back gains jumping 47 pips in Wednesday's trading. The GBPUSD has been in a short-term consolidation between the 1.2985 and 1.3275 area ever since the pair broke above key resistance back on July 27th near the 1.28 level. Our preference is for price action to continue higher towards the December 13 spike high at 1.351 however price action needs to break above the consolidation resistance level of 1.3275. A break below the consolidation support at 1.2985 would call for a test of the rising trend line. 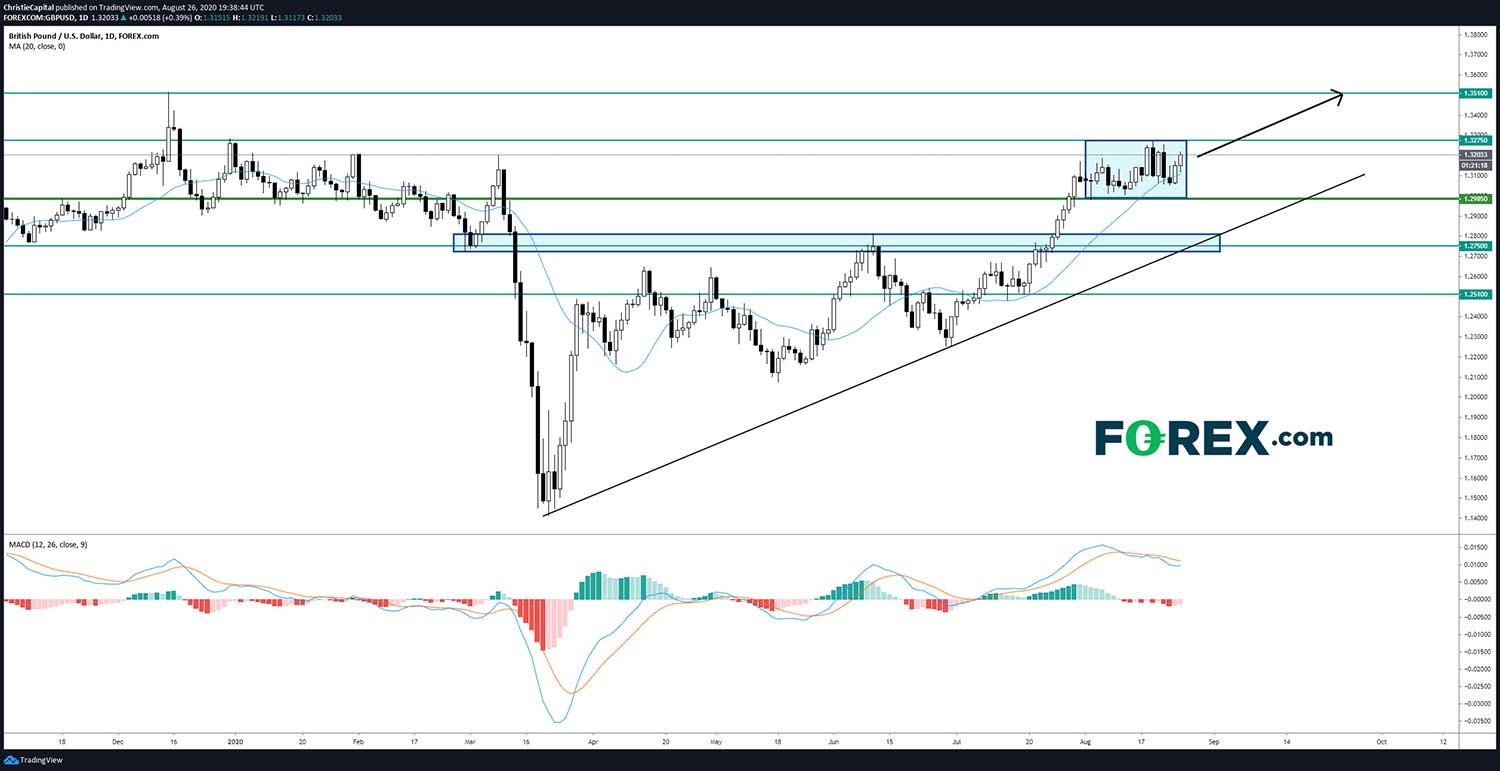