If the dollar were to head further lower, then the GBP/USD could be the next pair to rally given that all the other dollar crosses have had their fair share of the fun already, except sterling. Supporting this view, data from the UK hasn’t been bad this week... 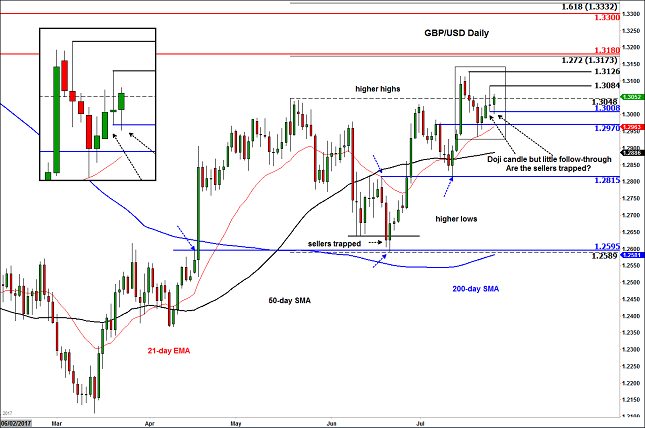