Here are the updated key price levels in the GBP/USD intraday chart.

The US Dollar was bullish against most of its major pairs on Friday with the exception of the CHF and EUR.

The Euro was bullish against all of its major pairs. In Europe, in the Eurozone, M3 annual growth of money supply was 8.9% in May, compared with +8.7% forecast by economists and +8.2% (revised from +8.3%) the previous month. In Germany, import prices rose by 0.3% in May after a decline of 1.8% the previous month. Economists expected an increase of 0.4%. In France, June consumer confidence index rose to 97 from 93 the previous month and 95 expected.

The largest currency pair mover on Friday was the GBP/USD which dropped 82 pips to 1.2337. The pair has reached the downside target we set on Wednesday at 1.234. As the pair remains in a bearish trend channel we have updated key levels to watch in the trend. As long as the GBP/USD can remain below 1.239 resistance, look for a test of recent lows at 1.2315 and ultimately 1.2576 in extension. 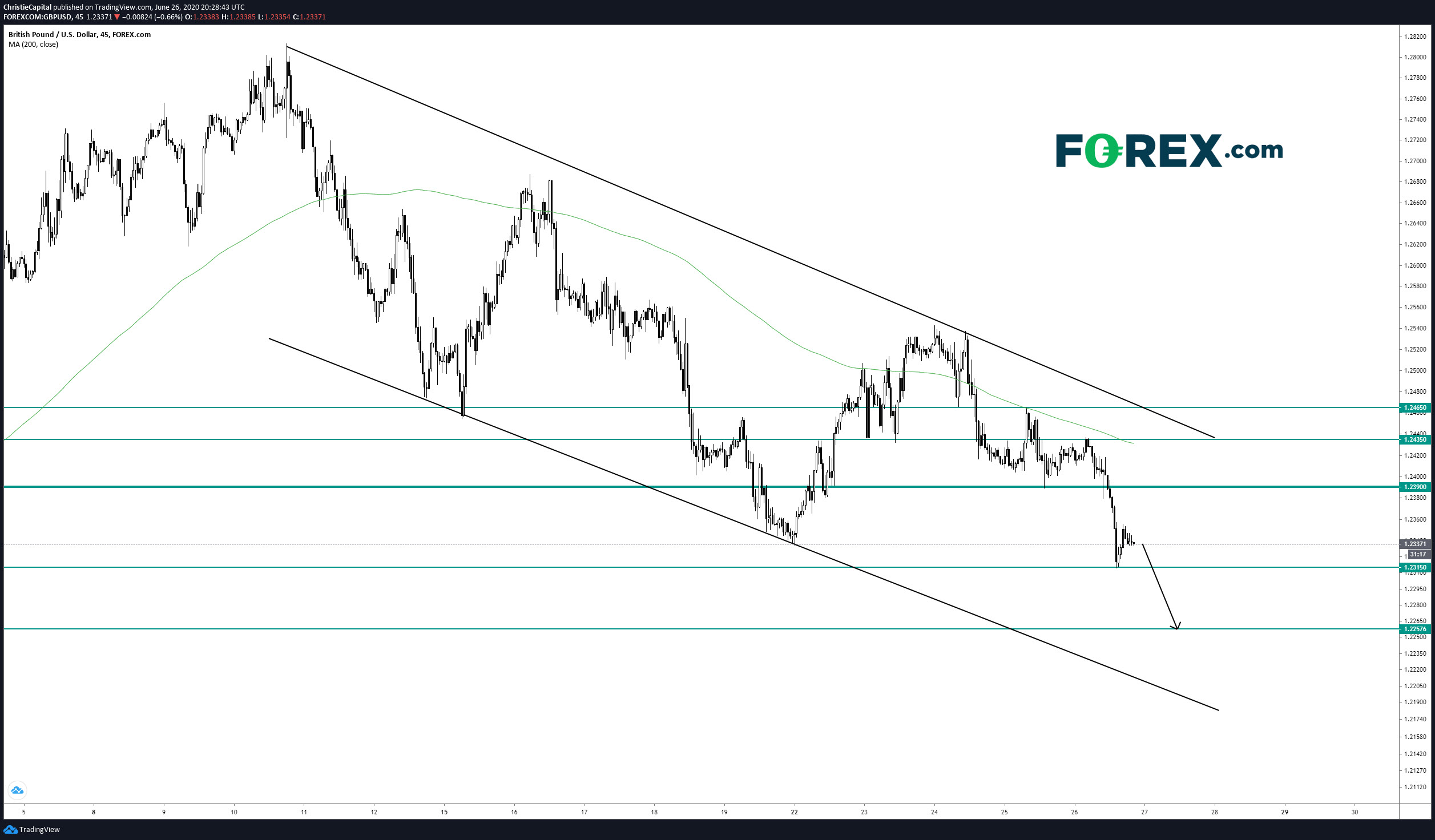