GBPUSD tumbles over 1.5% against the dollar

The pair breaks its uptrend on escalating Brexit tensions.

The US Dollar was bullish against most of its major pairs on Thursday with the exception of the CHF, JPY and EUR. On the US economic data front, the Producer Price Index Final Demand increased 0.3% on month in August (+0.2% expected), compared to +0.6% in July. Initial Jobless Claims remained at 884K for the week ending September 5th (850K expected), in line with a revised reading from the week before. Continuing Claims unexpectedly rose to 13,385K for the week ending August 29th (12,904K expected), from a revised 13,292K a week earlier. Finally, Wholesale Inventories declined 0.3% on month in the July final reading (-0.1% expected), compared to -0.1% in the July preliminary reading.


A large move happened in the GBP/USD falling 203 pips to 1.2799 in Thursday's trading. The pair broke a key rising supporting trendline in place since March lows and is now testing overlap support at the 1.275 area. A break below 1.275 would put further pressure on the pair down towards 1.251 and 1.2245 in extension. 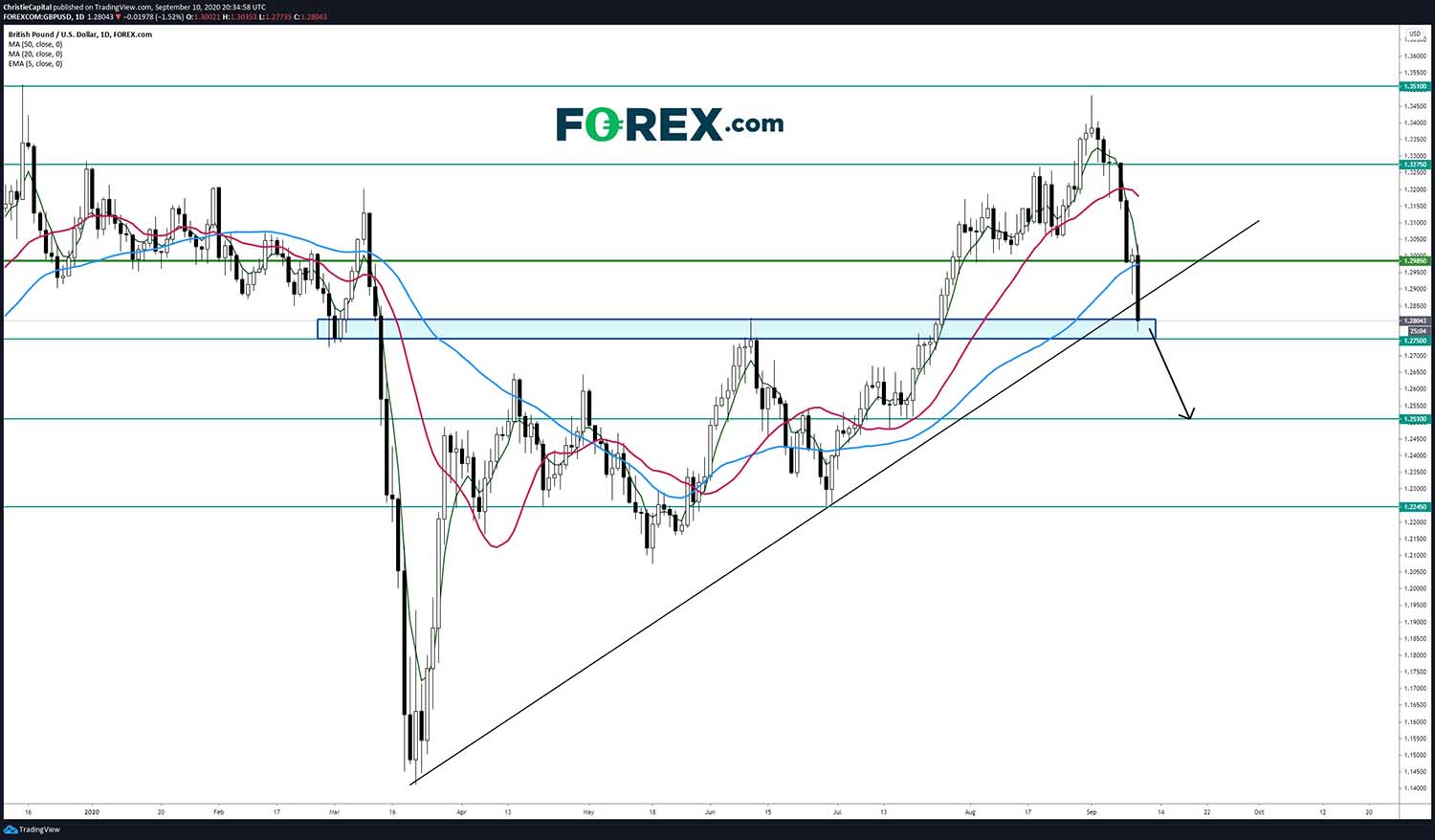