Bearish traders may look to sell into any rallies starting in the 1.22-1.23. 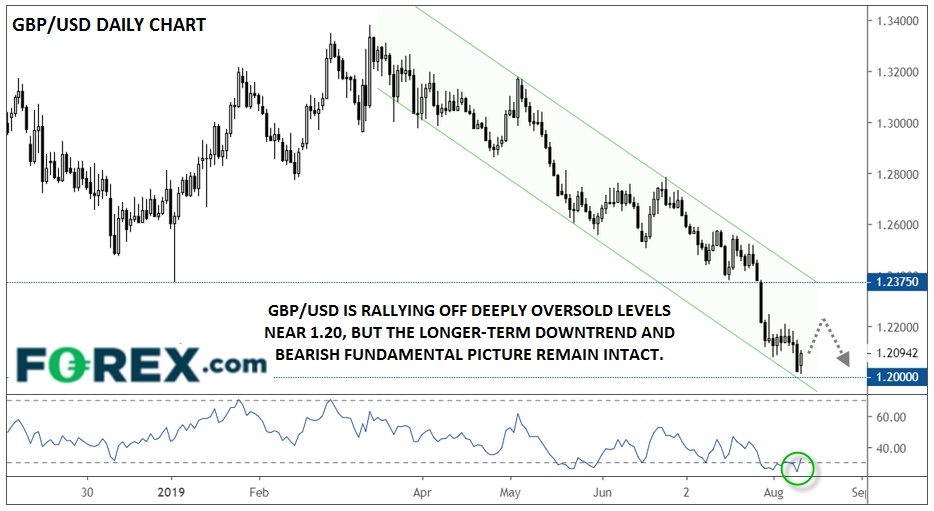