Safe have assets like government bonds and gold are taking a backseat this morning as stocks, crude oil and even the pound bounce back a touch. Clearly, there is an element of profit-taking after this week’s selling of risk-sensitive assets. In addition, traders are wary of a potential surprise from the Federal Reserve at the conclusion of the FOMC’s meeting this evening. So, they are easing off the gas on the markets that have been going in one direction in recent days. This obviously does not necessarily mean that the trend is over; it could just be pause for breath – and not just for gold.

Although no change is expected to be seen as far interest rates are concerned, due among other things to the fact that the Brexit vote is now just over a week away, the dollar may nevertheless move sharply depending on the language the Fed uses in the FOMC policy statement and Janet Yellen during here press conference with regards to future policy.

If the Fed prepares the markets for a July rate increase, then this would be the most hawkish outcome as at the moment the probability for a rate rise next month is just 20%, according to the CME Group’s FedWatch tool. Expectations about an imminent rate rise will most likely weigh heavily on gold and silver, assets which pay no interest and cost money to store. Conversely, if the Fed is more dovish than expected then gold and silver, and possibly equities, could rally sharply in the expense of the US dollar.

From a technical point of view, gold’s relentless rally from around $1200 seems to have stalled at just shy of $1290. As the 4-hour chart shows, below, the precious metal has failed to break conclusively above the prior swing high of $1288, which it needs to if we are to see a run towards the early May high of $1304, and beyond.

But the momentum indicator RSI has been trending lower at the overbought levels of around 70 in recent days, suggesting that rally has run out of juice – which the Fed could replenish tonight if it delivers a more dovish-than-expected policy statement and economic projections.

However, if the Fed leans more towards the hawkish side then the dollar could rally, causing gold to weaken. The key short-term support to watch is around $1278, below which there are not many other immediate reference points until $1260. 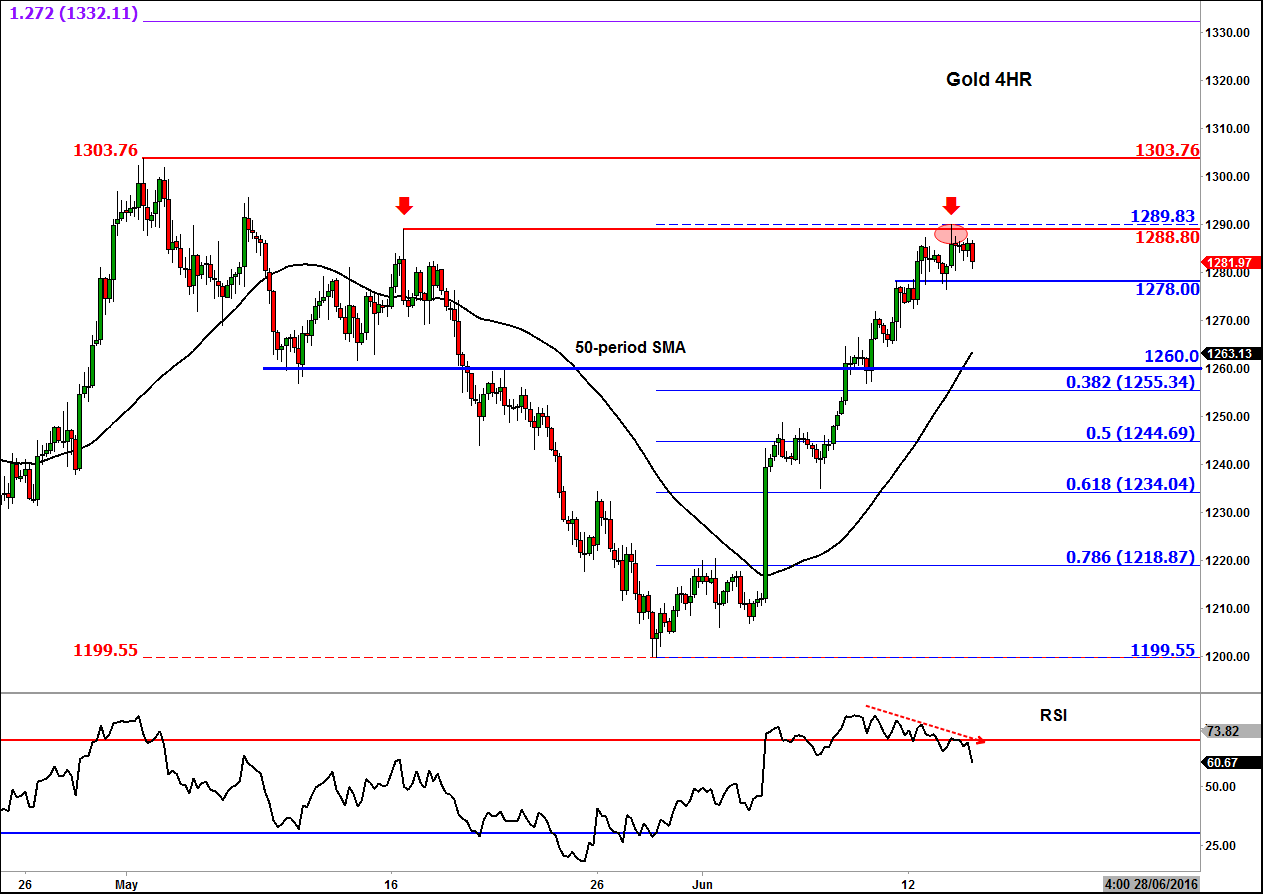