More of the same with the Fed as Jerome Powell is confirmed for a second term. The yen rallied on geopolitical concerns as Russia threatened Finland over joining NATO. 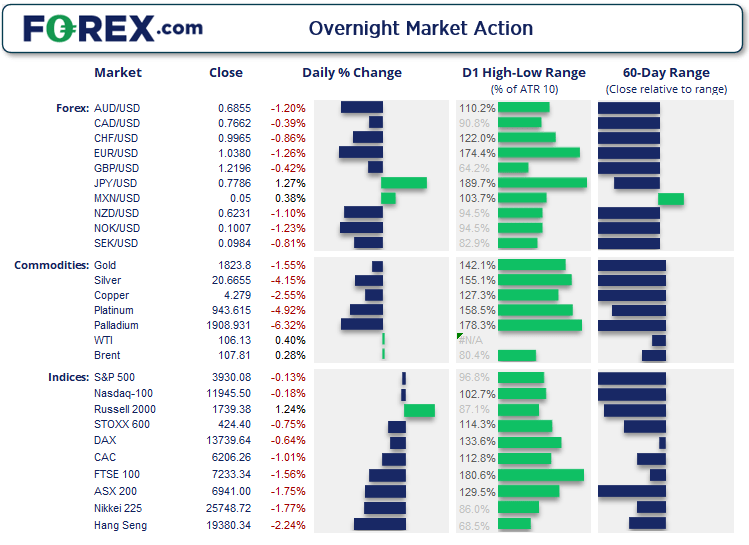 Jerome Powell has been confirmed by the US Senate for a second term, with an overwhelming 80-19 vote in his favour. Marketplace radio released an interview with Jerome Powell, where he said inflation is too high and, with hindsight, they should have raised rates sooner. Asked what he is thinking in 5 words or less, he relied “get inflation back under control”.

US producer prices softened in April which will appease those who think inflation has indeed topped. More data is likely needed to be certain, but it is at least a baby step in the correct direction – even if consumer and factory gate prices remain at eye watering levels.

Geopolitical tensions continued to with Russia warning Finland there would be “consequences” if they joined NATO. With Sweden also looking to join NATO as soon as possible it is likely just a matter of time before the threat is extended to them as well.

JPY and USD led the session

The yen is finally behaving like its old safe-haven self, rising broadly against its FX peers (even the US dollar). EUR/JPY fell ~2.4% during its worst session since the pandemic, AUD/JPY fell to an 8-week low and USD/JPY fell briefly below 127 before recovering back up to 128.40.

Like several yen pairs, GBP/JPY is in a strong downtrend on the hourly chart although it is now within a corrective phase. It’s possible we may be in for a quiet session and, if so, may be one to watch in the European session. We’re looking for evidence of a swing high around 157, near the 20-hour eMA and daily pivot point. But if we see a break higher then we’d look for evidence of a swing high around 158, below the weekly R2 pivot and 50-hour eMA.

Gold cannot get a break – to the upside that is, having closed below 1830 to invalidate a key trendline, 200-day average and yesterday’s bullish bias. ETF flows unwound around half of yesterday’ prior inflows and 10-year breakevens (inflation expectations) fell to their lowest level since February.

WTI however did follow our bias from the European open, after pulling back to the $103 area the rising to $107. From here we retain a bullish bias above $105 with $109 now in focus. 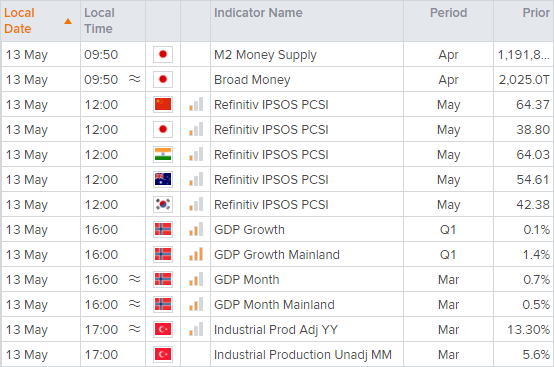