Share:
With most of the votes for the first round of the French presidential election reported late on Sunday, the outcome has emerged very much as pre-vote polling had suggested. Centrist Emmanuel Macron and far-right candidate Marine Le Pen have been voted through to advance to the second and final round of voting, set for May 7th. Though it was a close race to the very end, first round votes eliminated both the conservative candidate Francois Fillon and far-left, anti-EU candidate Jean-Luc Melenchon. Macron emerged with around 24% of the votes, with Le Pen trailing at around 22%. Fillon and Melenchon each received around 20% of the votes. 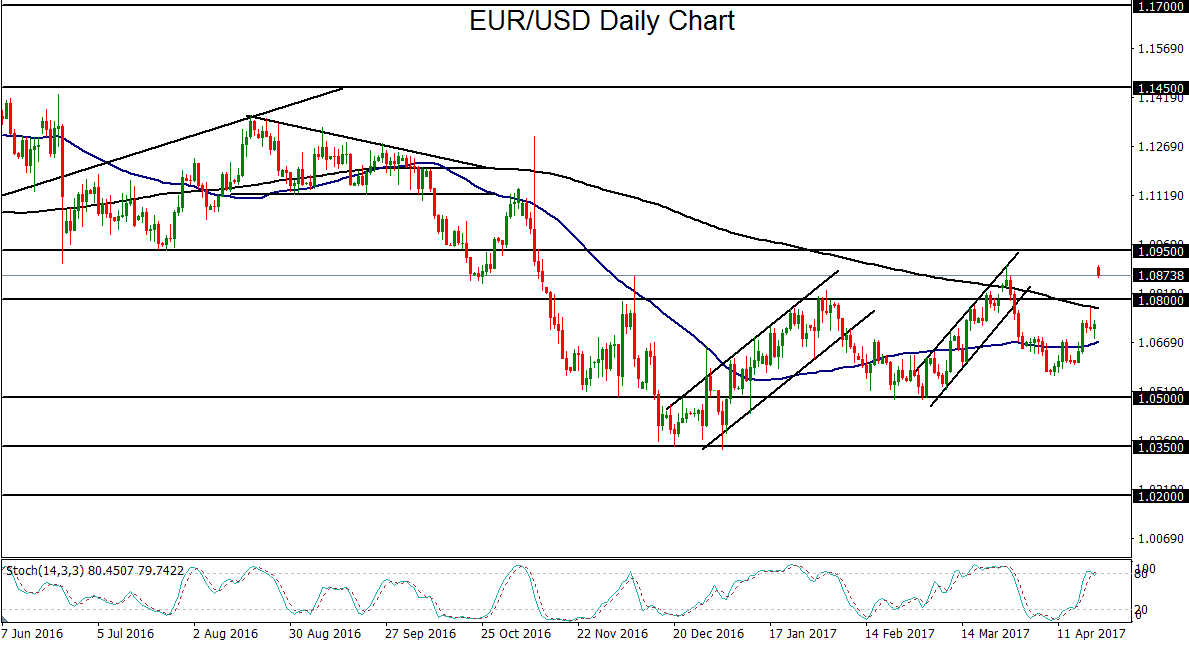