Share:
Stock markets, the dollar, gold, and the Mexican peso all reacted sharply over reports on Sunday that the FBI has not discovered any further incriminating evidence in its re-launched review of Presidential Candidate Hillary Clinton’s past emails. FBI Director James Comey wrote in a letter to Congress, “based on our review, we have not changed our conclusions that we expressed in July with respect to Secretary Clinton.” In July, the FBI had stated that it would not pursue charges against Clinton over her use of a private email server when she was US Secretary of State. 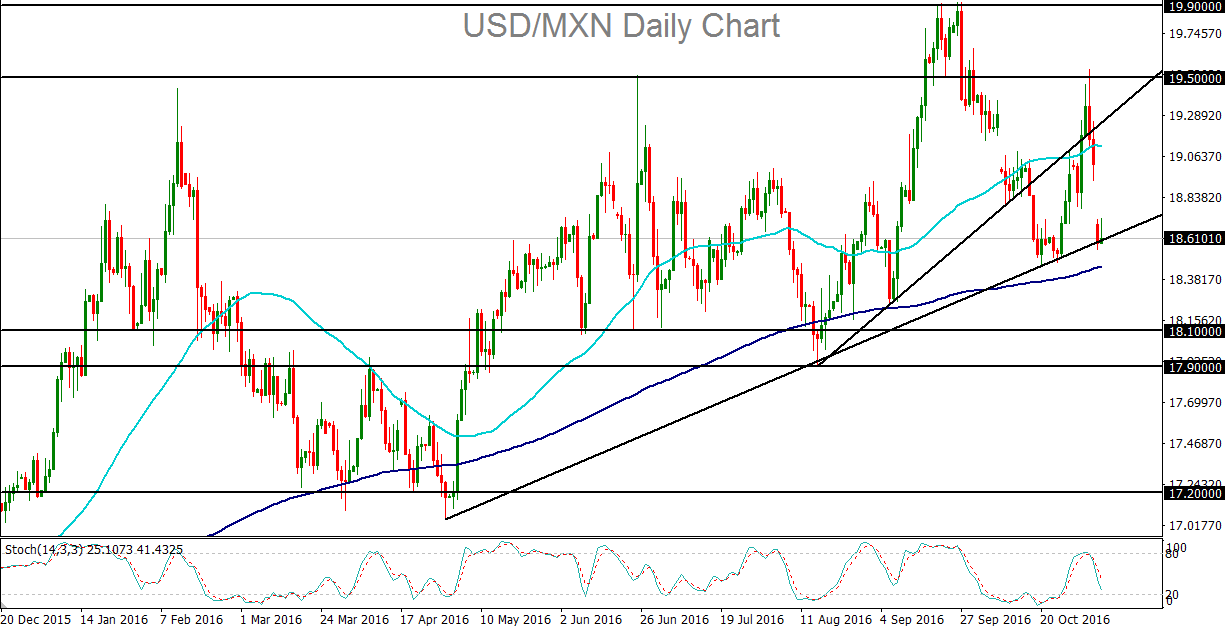