NFP Data was BAD, but the Worst is Yet to Come

Nonfarm Payrolls (NFP) released today was -701,000 vs an expectation of -100,000 and a revised +275,000 in February. Although this reading is MUCH worse than expected, April’s reading is going to be worse.  The data collected for this reading was collected up until March 12th, which is before state lockdowns went into effect.  As we saw over the last 2 weeks via the weekly initial jobless claims data, there have been nearly 10,000,000 people which have filed for unemployment benefits.  This weekly data will continue to be watched in the near-term and will be factored into April’s NFP report, which will be released on May 8th.

The unemployment rate was 4.4% vs an expectation of 3.8% and a reading of 3.5% in February.  This data , most likely, is also underestimated as it is a lagging indicator and doesn’t factor in the recent initial claims data.  Average hourly earnings did increase to 0.4% vs and expectation of 0.3%.  We may see an uptick in next month’s report for this data point, however, keep in mind that many hourly employees were given raises in the short-term to help compensate for their work during these difficult times.

As one may have expected, markets had little reaction to the employment data, relatively speaking. With the large increase in initial claims, traders knew this would be a non-event, even though the print was so much worse than the expectation.  The US Dollar Index increased from 100.64 to 100.75 over the 15 minutes after the release: 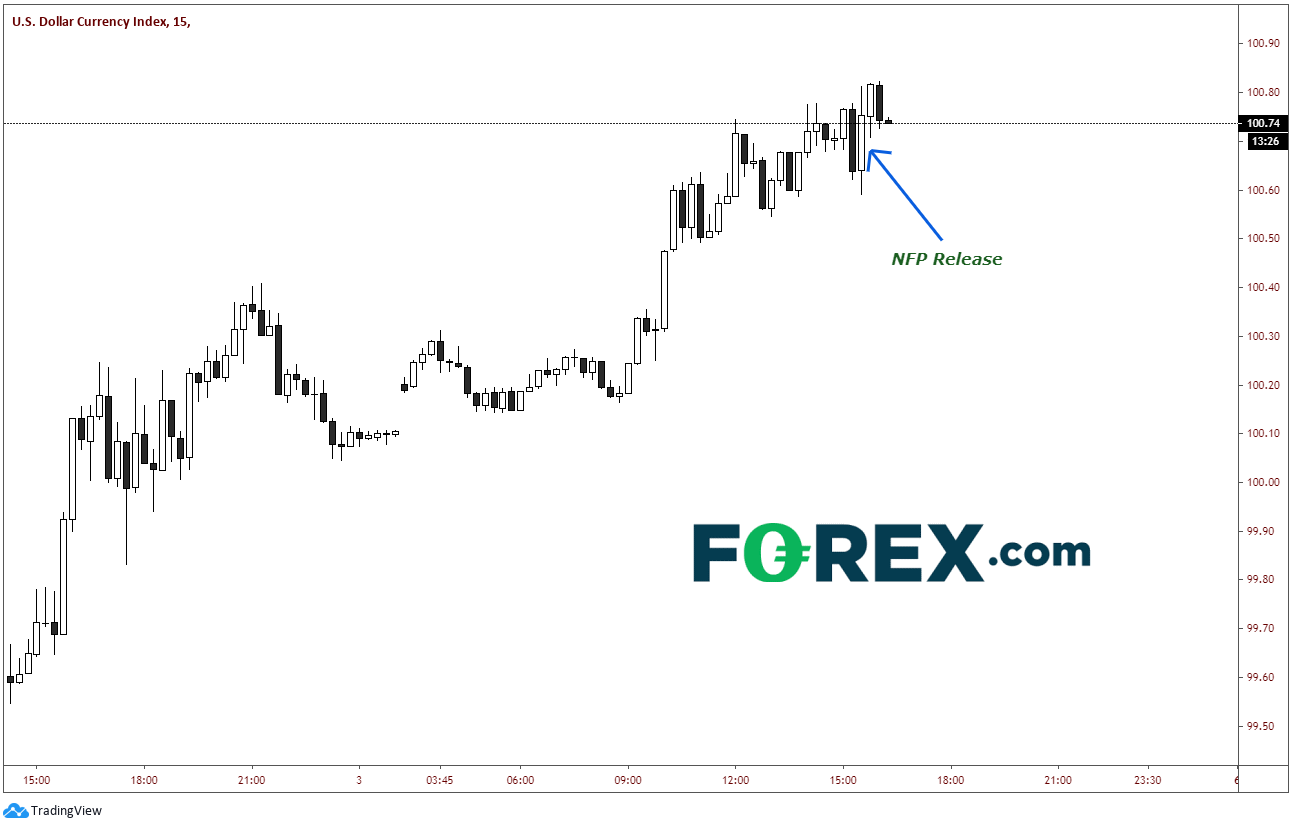 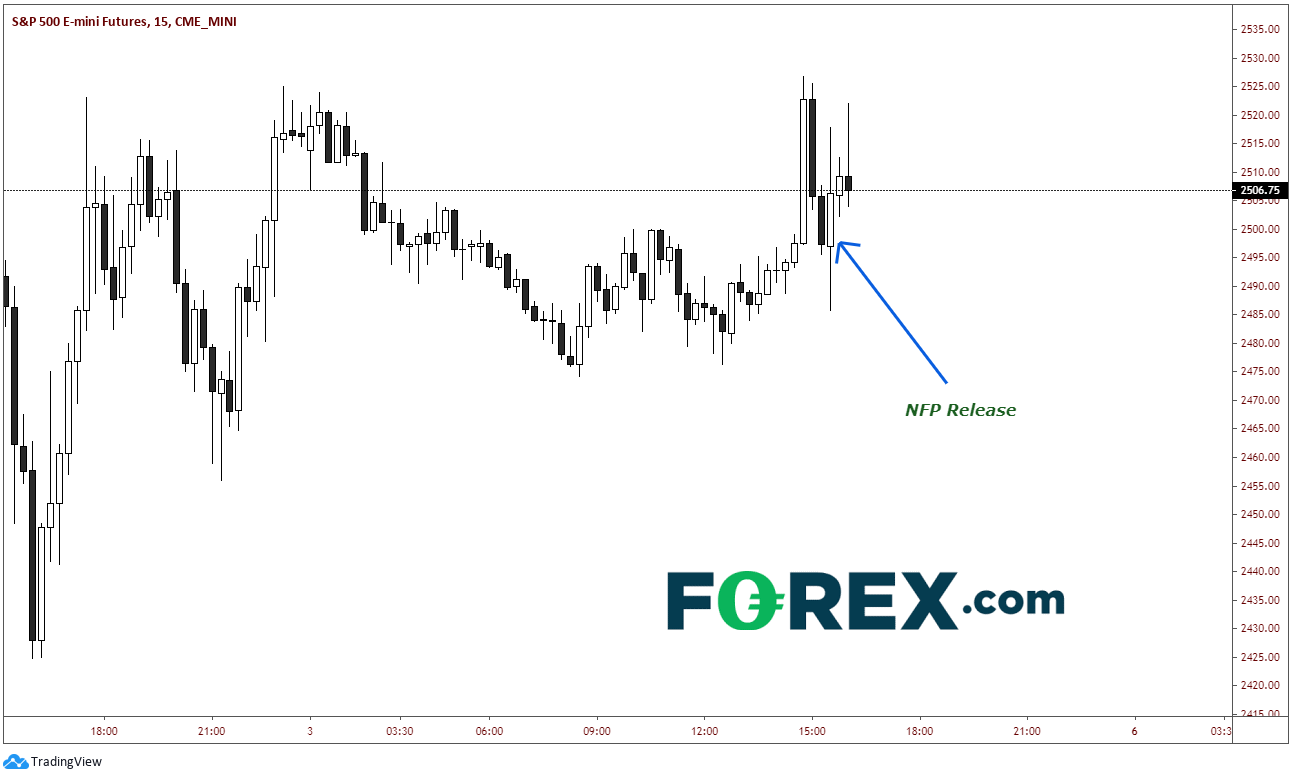 Traders will be focusing closely on the initial claims data moving forward throughout April to get a better sense of the employment situation.

Today, watch for headlines regarding oil output and additional coronavirus updates.  These will move the markets much more than today’s NFP data.