There will be key data coming out of New Zealand a few hours after the FOMC, namely GDP, while the Bank of Japan will be making its own interest rate decision overnight. So, the New Zealand dollar and Japanese yen could be the alternative currencies to find trading opportunities on. 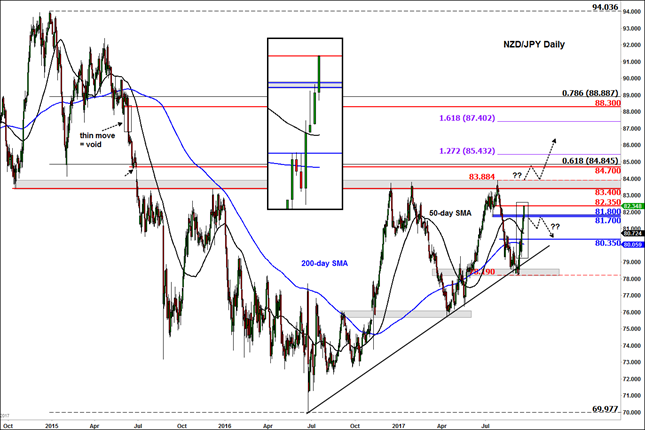