The pair is testing key resistance at 0.694: Chart

The US Dollar was strongly bearish against all of its major pairs on Wednesday. On the US economic data front, the Mortgage Bankers Association's Mortgage Applications declined 0.3% for the week ending November 13th compared to -0.5% in the previous week. Finally, Housing Starts spiked to 1,530K on month in October (1,460K expected), from a revised 1,459K in September.

The Euro was also bearish against most of its major pairs with the exception of the USD. In Europe, the European Commission has posted final readings of October CPI at +0.2% on month, vs +0.1% in September. Also, the U.K. Office for National Statistics has reported October CPI at +0.7% (vs +0.5% on year expected) and PPI at +0.0%, vs +0.1% expected.

Looking at Wednesday's movers, the NZD/USD gained 44 pips and remains one of the best performing pairs over the last 5 days with a gain of 94 pips. The pair has gained more upside momentum after breaking above a diamond continuation pattern. Price action is testing key resistance at the 0.694 level from back in March of 2019. As long as 0.6675 can hold as support and the pair can close above 0.694, look towards a continuation towards 0.7065 resistance and the uptrend to continue. 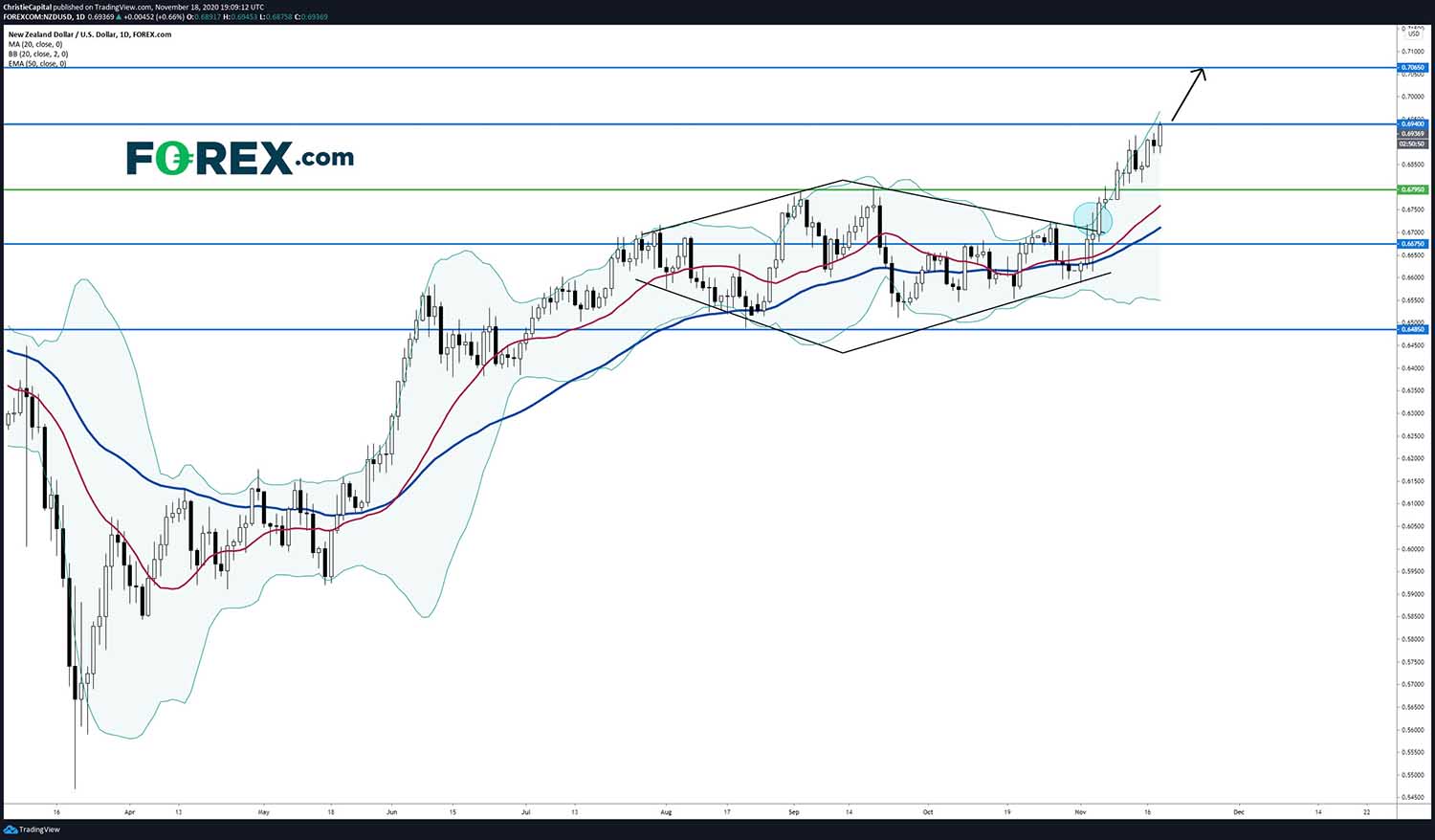