The pair is attempting to break key resistance at 0.6795

The University of Michigan's Consumer Sentiment Index spiked to 78.9 on month in the September preliminary reading (75.0 expected), from 74.1 in the August final reading.

The Mortgage Bankers Association's Mortgage Applications declined 2.5% for the week ending September 11th, compared to +2.9% in the prior week.

Finally, the Federal Reserve decided to keep the Federal Funds Rate at 0.00% to 0.25%, as expected.

The NZDUSD was the week's best performer with a gain of appx. 1.69%. The pair remains above a prior declining trendline that was acting as resistance. A bullish crossover has been confirmed after the 20-day moving average crossed above the 50 day MA on the 24th of August. Key support remains at 0.6485. Price action is currently testing the 0.6795 resistance level. A break above 0.6795 resistance would pave the way towards the next major resistance level of 0.694. 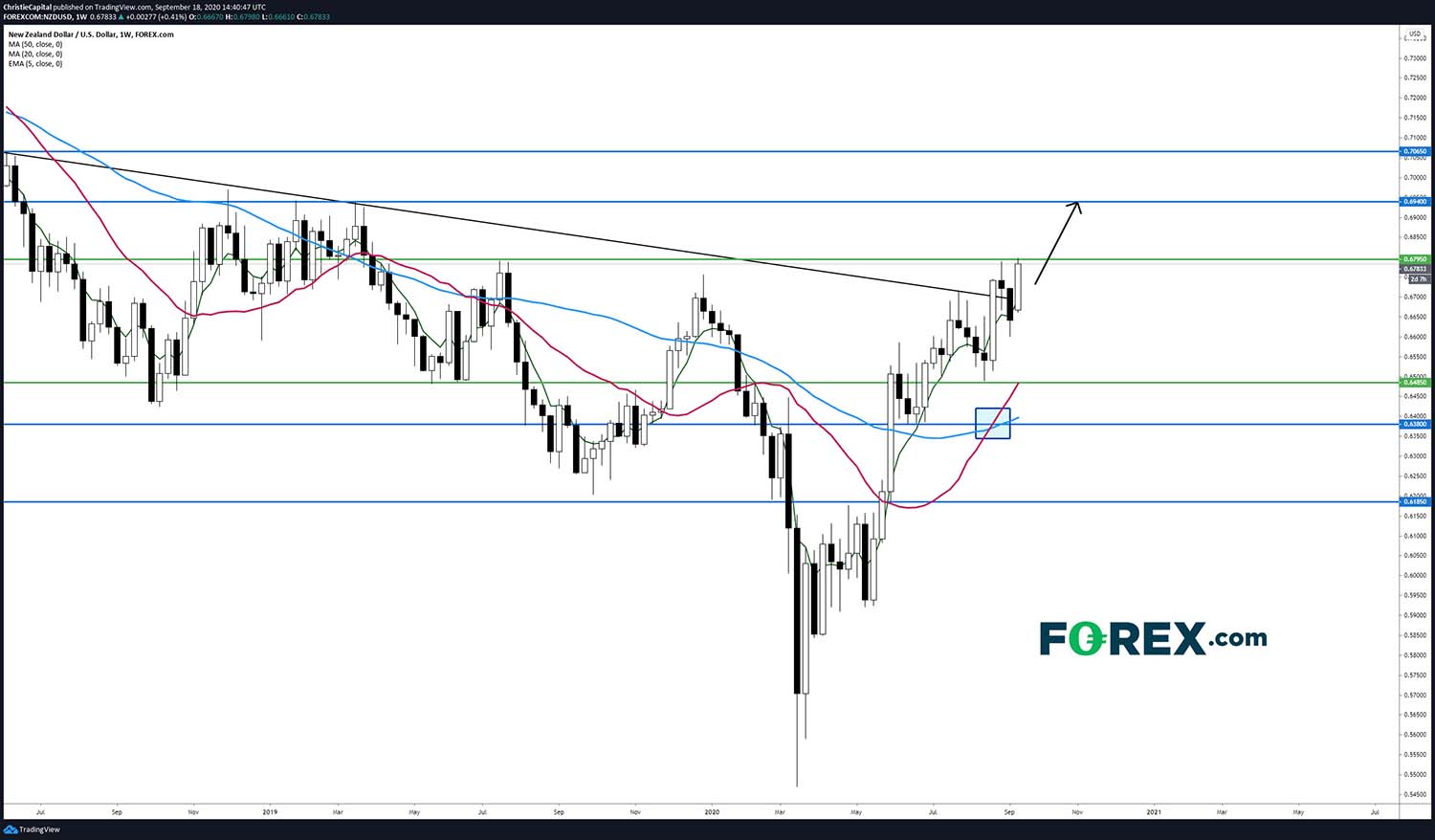