The S&P reached and breached the key 2000 level on the back of today’s non-farm payrolls report. Traders’ initial reaction to the data was joy as they saw the 242,000 NFP figure flash in their screens but then realised wages were weak (down 0.1% month-over-month), so they sold stocks and the S&P tumbled. But then the markets recovered as traders bought the dip possibly because they figured that the Fed may hold off raising rates again this year. At the same time, the weaker dollar helped to lift oil prices to fresh weekly highs. This also helped to fuel the kick-back rally.  Confusion is the key takeaway point from this morning’s trade.

But as we go to press, the indices are struggling to push further higher, no doubt because of profit-taking ahead of the weekend and possibly because some traders are going to the dark side again now that we have had a significant bounce. Indeed, the S&P has reached a key hurdle, namely the area around 2000. This psychological level had been strong support and resistance in the past. It is also where the 61.8% Fibonacci retracement level of the most recent drop converges. So, there is a possibility that the rally may derail here.

However, should the S&P hold above 2000 on a daily closing basis then there is a good chance we will see even higher levels in the new week, possibly the 200-day moving average at 2019, the 78.6% retracement at 2050 or even the bearish trend line at some stage. Indeed, given the recent bullish price action, a rally to fresh all-time highs wouldn’t surprise me.

BUT I can’t stress enough the technical importance of the 2000 level. The moving averages are in the wrong order and the index has been making progressively lower highs and lower lows in recent times. So, it could be that the long-term trend may have turned bearish. This can only be confirmed of course if and when the S&P breaks pivotal 1800 level. But in the short-term, traders should proceed with extra care, especially if the index turns decisively lower again from this 2000 level. 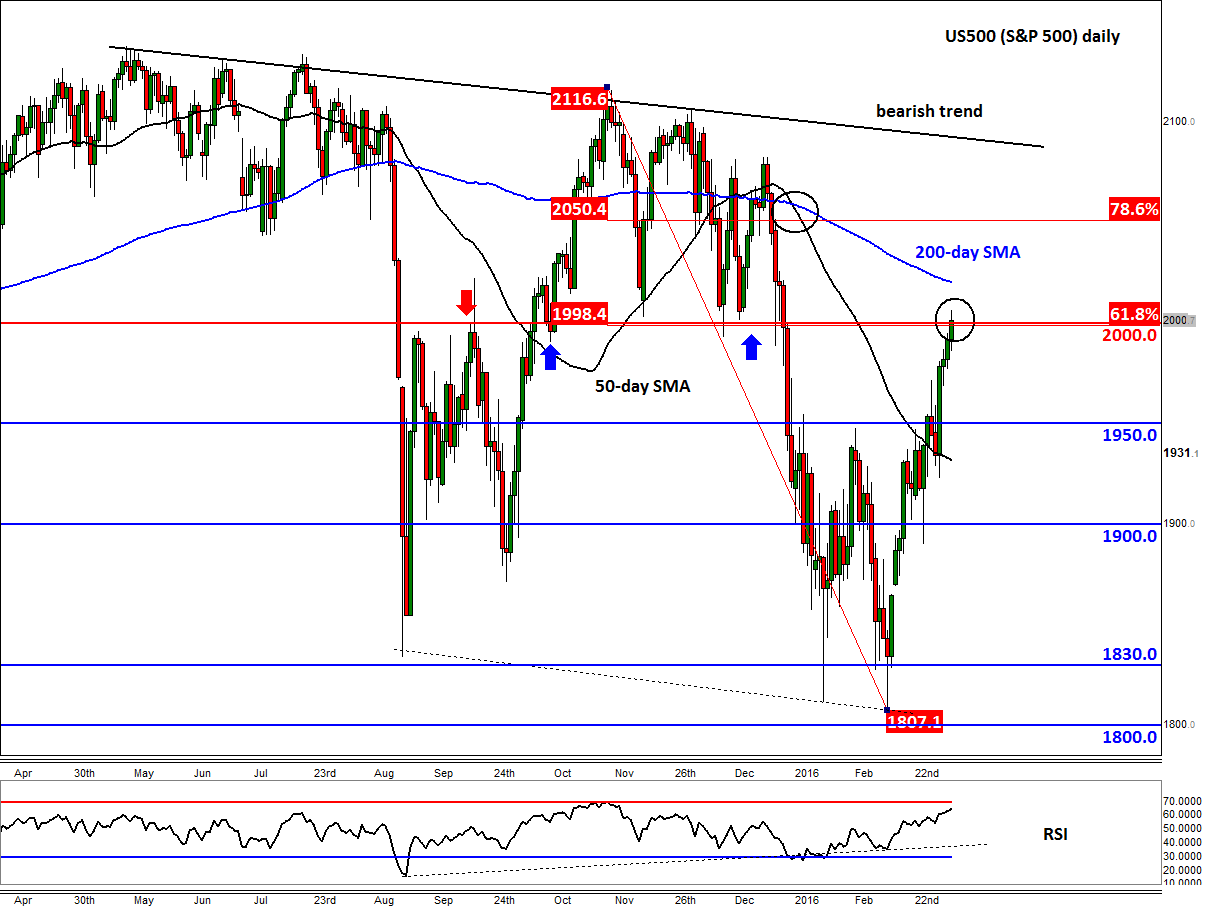