The German Federal Statistical Office has reported final readings of Q2 GDP at -9.7% on quarter, above -10.1% expected.

Earlier this morning, the German Federal Statistical Office has reported final readings of Q2 GDP at -9.7% on quarter, above -10.1% expected. On a yearly basis, GDP growth was released at -11.3%, vs -11.7% expected. Germany's IFO Business Climate Index (92.2 expected) and Expectations Index (98.0 expected) for August will be released later today.

From a technical point of view, on a daily chart, EUR/USD remains on the upside and is supported by its rising 50-period moving average (in blue). Readers may therefore consider the potential for further rise above horizontal support at 1.1640. The nearest threshold would be set at August top at 1.1965 and a second one would be set at strong horizontal resistance at 1.2150 in extension. 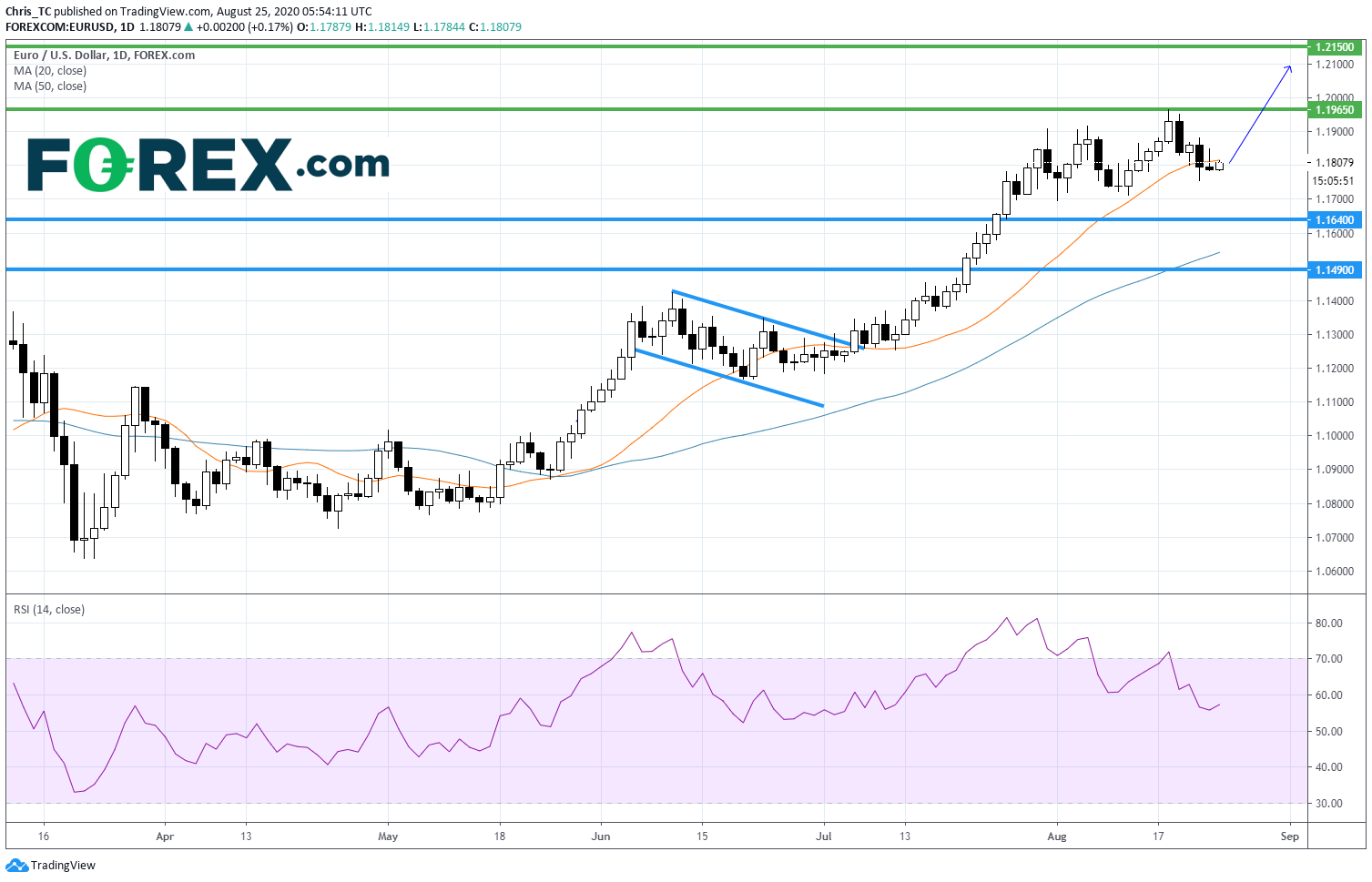