Australia reported the jobs employment data earlier and crushed expectations after Victoria was released from lockdown.  For October, Australia added 178,800 jobs to its economy vs -30,000 job expected. However, the Australian Dollar moved lower afterwards vs most major currencies. With RBA minutes noting that the RBA was considering targeting 10-year bonds rather than the 3-year bonds for QE, do traders think more stimulus is ahead for Australia? Or could this have been a “Buy the rumor, Sell the fact”. Regardless of the reason, the Aussie is lower. Although the Australian Dollar and New Zealand Dollar are very much related, the AUD/NZD fell as well today (most likely US Dollar related as the Kiwi pulled back as well).  However, on a daily timeframe, bulls may be looking at this as a buying opportunity.  The pair has fallen to trendline support, as well as the 50% retracement level from the lows of March 18th to the highs of August 18th.  In addition, the RSI continues to diverge with price indicating a reversal is possible soon. 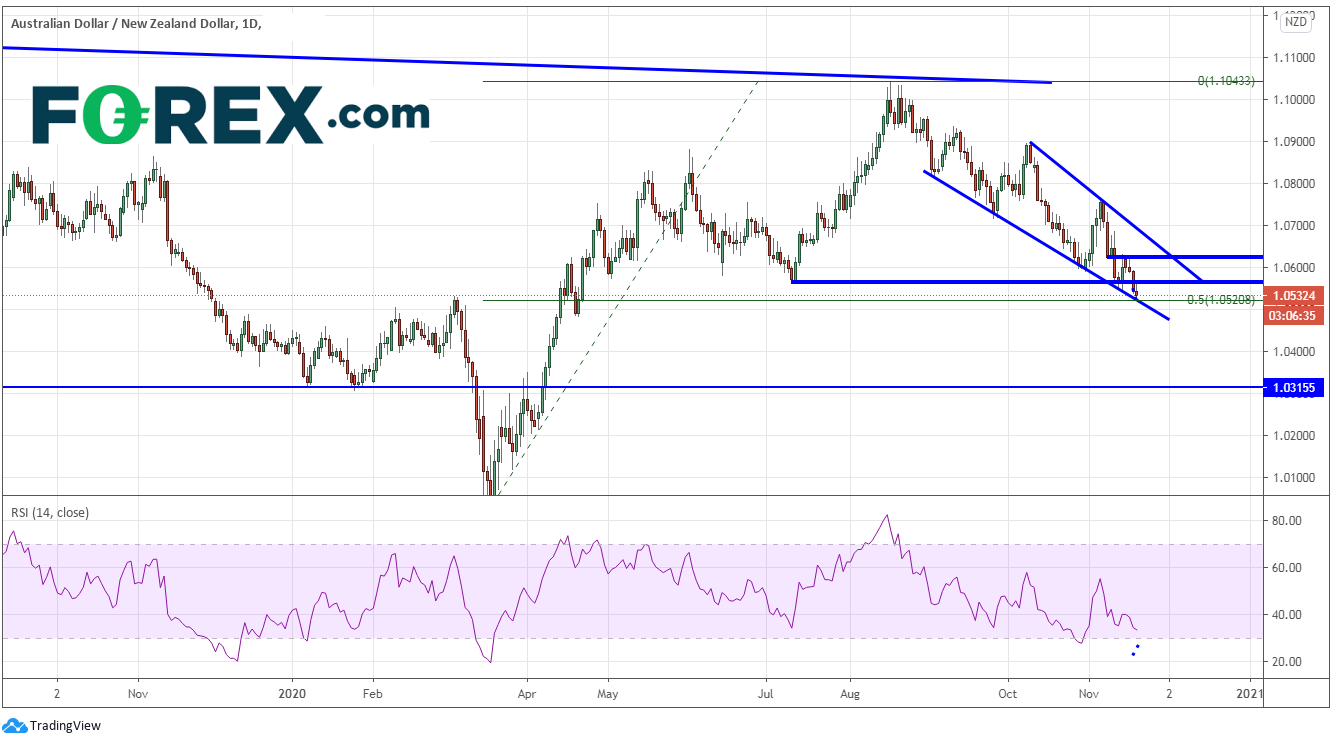 A closer look at a 60-minute timeframe shows price nearing the previously mentioned 50% retracement level at 1.0520.  Notice on short-term chart  how price has put in 3 lower lows while the RSI has made 3 higher lows.  This is known as a “3-driver” and increases the chances of a short-term change in trend.  Buyers will look to buy near current levels and targets recent resistance near 1.0565, then horizontal resistance near 1.0625.  However, if price breaks below 1.0500, then next support isn’t until near 1.0315.  Traders should make sure to use tight stops if they want to be long!