Traders should have a plan to act, however also make sure to stick to the plan!

As Emerging Market currencies (EMs) have been putting in all-time lows versus the US Dollar since the spread of the coronavirus in late February, one currency that has yet to do so is the Turkish Lira.  However, it’s not because the Turkish Lira is doing so much better than other Emerging Market pairs, but rather it’s because of a spike in the currency back in early August 2018 when the price of the USD/TRY moved from roughly 5.00 to 7.0831.  EM currency pairs vs the US Dollar had slowly been moving lower at that time, as the US was raising interest rates.  However, the last straw was when US President Trump slapped tariffs on Turkish imports of steel and aluminum and the pair spiked higher.

The Turkish Lira had recovered those losses by  November of 2018; however, USD/TRY is now just a stone throw away from those prior highs, currently trading near 7.0450. 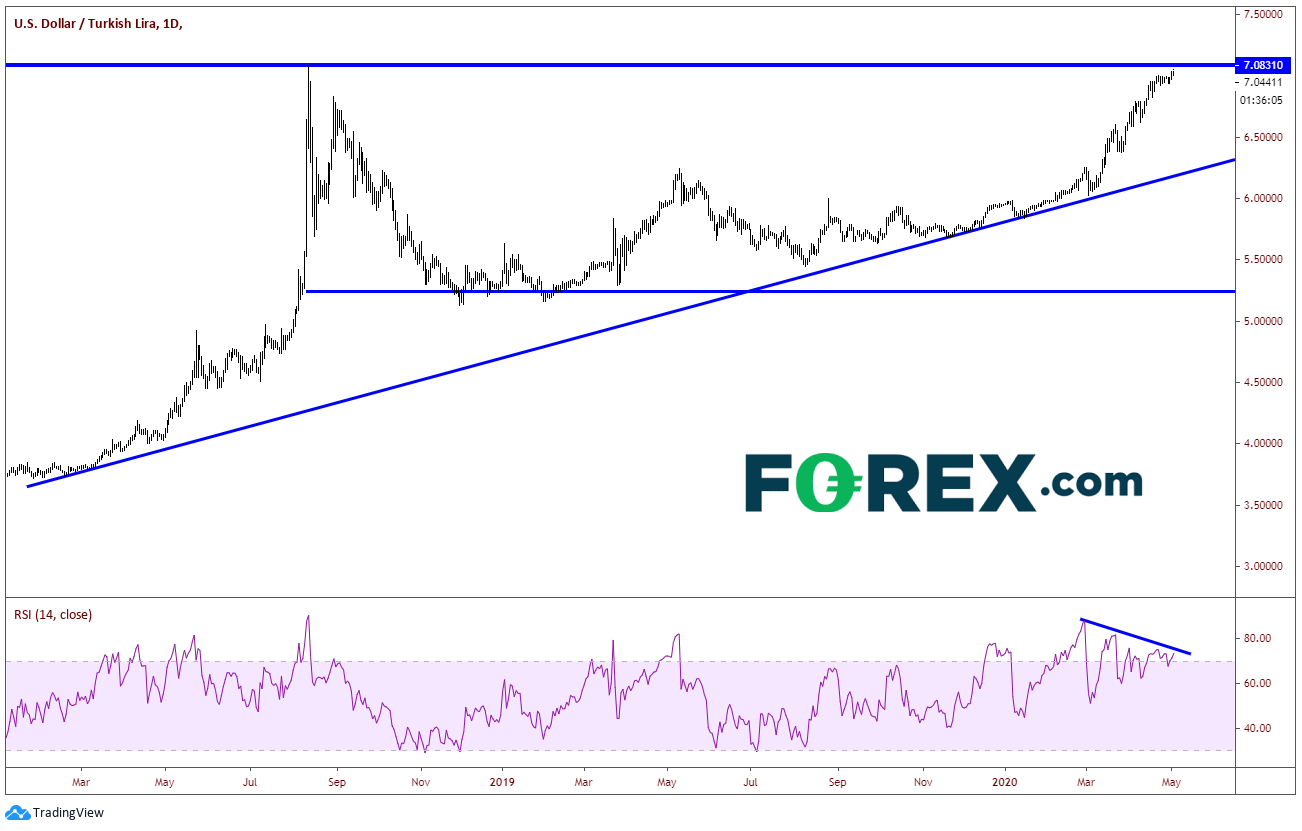 On a 240-timeframe, USD/TRY has been trading in an upward sloping channel since the beginning of March. The RSI is clearly diverging from price on both the daily and the shorter timeframe. 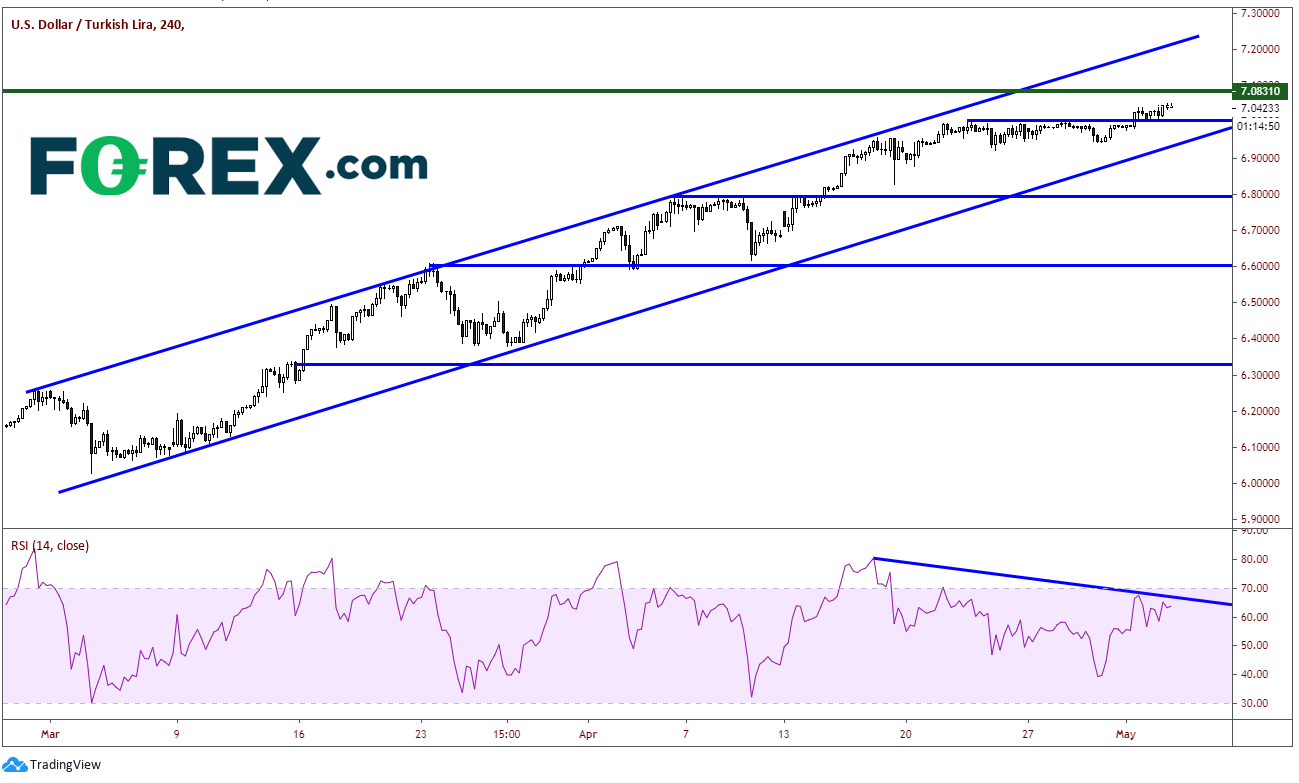 Traders need to be ready in case price does move to new highs, and make sure they are asking the right questions, such as:

Buyers will enter the market on the break to a new high with stops underneath it, especially with room to move to the top of the channel near 7.20 and an RSI that is back under 70.  Sellers will short the new highs, presumable after a stop hunt, and place stops above looking for a move back to the bottom  of the channel.  That should move the RSI back into overbought territory and sellers will be looking for it to turn lower.  First horizontal support is below at 7.008, and then trendline support from the channel near 6.92.  There are additional horizontal support levels below the channel.  Also, depending on where the actual high is, one can draw Fibonacci retracement levels to determine other support levels.

When and if USD/TRY makes new highs, traders must be ready.  There is likely to be some volatility around those high.  Traders should have a plan to act, however also make sure to stick to the plan!