USD bulls come out of hiding

With the strong USD across the majors in Tuesday's trading the EUR/USD declined 61 pips making it one of the most active pairs on an intraday basis.

On Wednesday, the Mortgage Bankers Association's Mortgage Applications data for the week ending June 12th is expected. Finally, Housing Starts for May are expected to rise to 1,100K on month, from 891K in April.

The Euro was bearish against all of its major pairs. In Europe, ZEW survey results of June were released for Germany at -83.1 for Current situation, vs -84 expected.  Economic Sentiment was released at 63.4, vs 60.0 expected. The German Federal Statistical Office has posted final readings of May CPI at +0.6% on year, as expected. The U.K. Office for National Statistics has reported jobless rate for the three months to April at 3.9% (vs 4.7% expected).

The Australian dollar was bearish against most of its major pairs with the exception of the EUR.

With the strong USD across the majors in Tuesday's trading the EUR/USD declined 61 pips making it one of the most active pairs on an intraday basis. The pair got smacked back down into its prior consolidation between the 1.122 support and 1.1275 resistance levels. Traders might want to consider waiting for a confirmation of a breakout in either direction before entering a position. 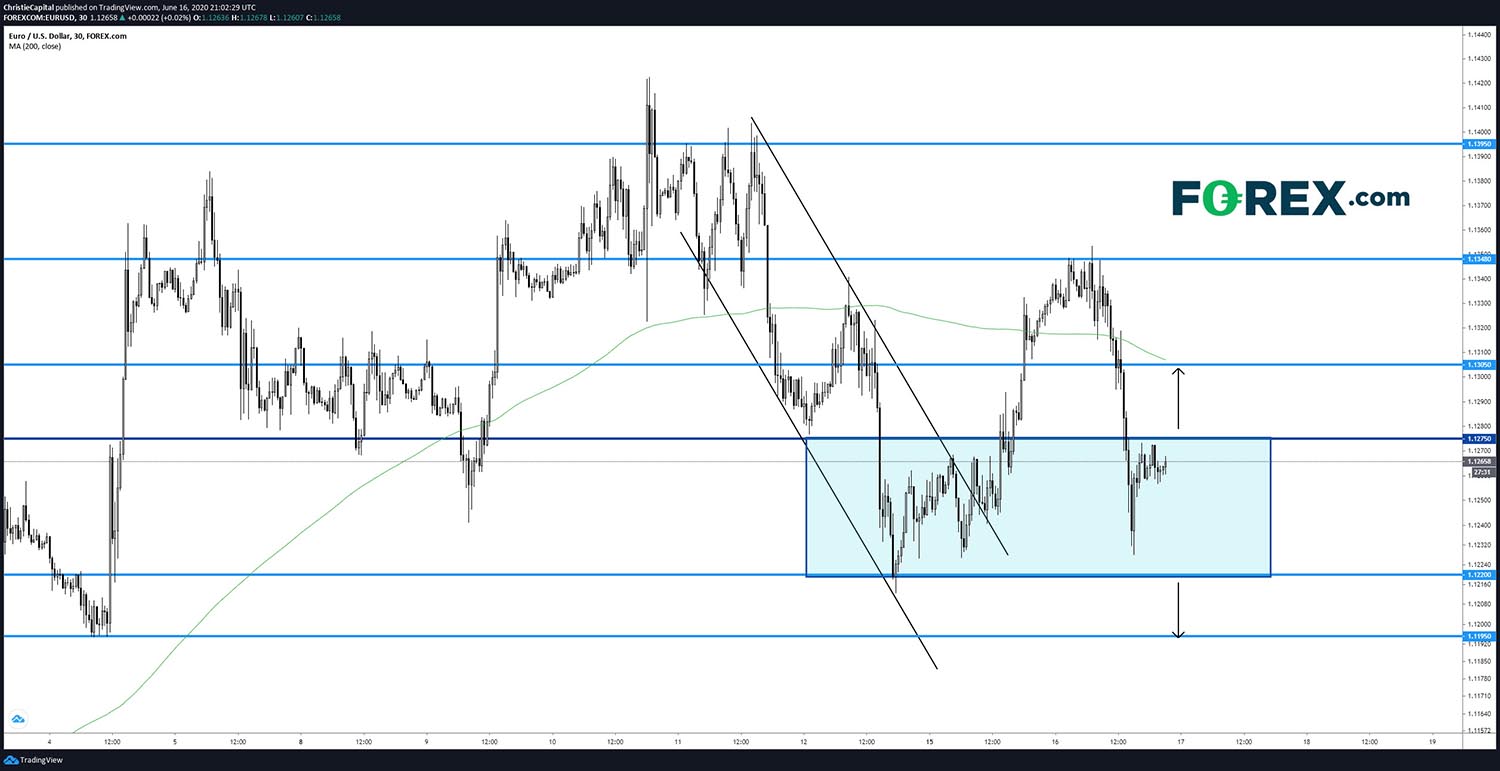