Share:
USD/CAD has fluctuated around the key 1.3600 price level for the past three days as a weakened US dollar and volatile crude oil prices affecting the Canadian dollar have pushed and pulled on the currency pair. A decisive breakdown below 1.3600 support has not quite occurred yet (though it may be imminent), as shifting speculation over crude oil supply and the path of the US dollar amid Trump-driven political turmoil has kept USD/CAD in a relative state of flux. 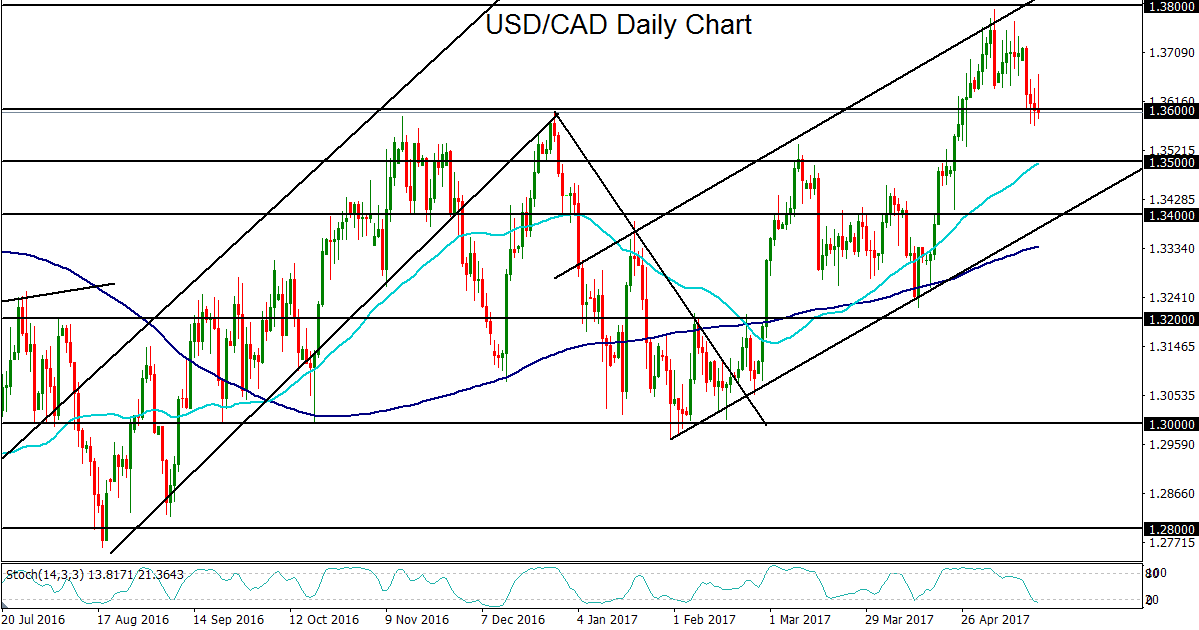