Share:
Up until late last week, USD/CAD had been falling sharply from the key 1.3600 resistance level as the US dollar’s strong uptrend had begun to falter and the Canadian dollar had been boosted by surging crude oil prices. Market optimism that the new year would bring lower oil production among major OPEC and non-OPEC oil producers was prompted by successful agreements reached late last year to coordinate output cuts. This optimism led to a strong rally for crude oil prices throughout much of December, which helped push up the oil-linked Canadian dollar and pressure USD/CAD. 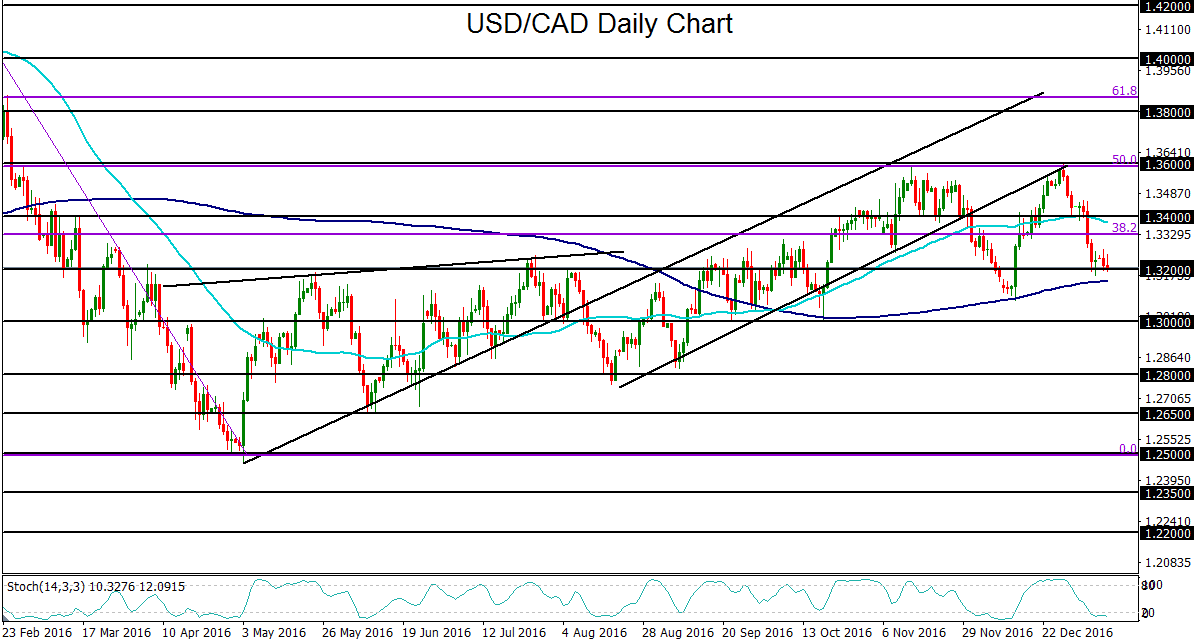