Share:
USD/CAD climbed slightly above key resistance around the 1.3200 level on Monday, primarily due to the Canadian dollar having been dragged down by falling crude oil prices. As concerns over crude oil oversupply continue, both the West Texas Intermediate and Brent benchmarks slid to new lows on Monday, extending their retreat from June highs. 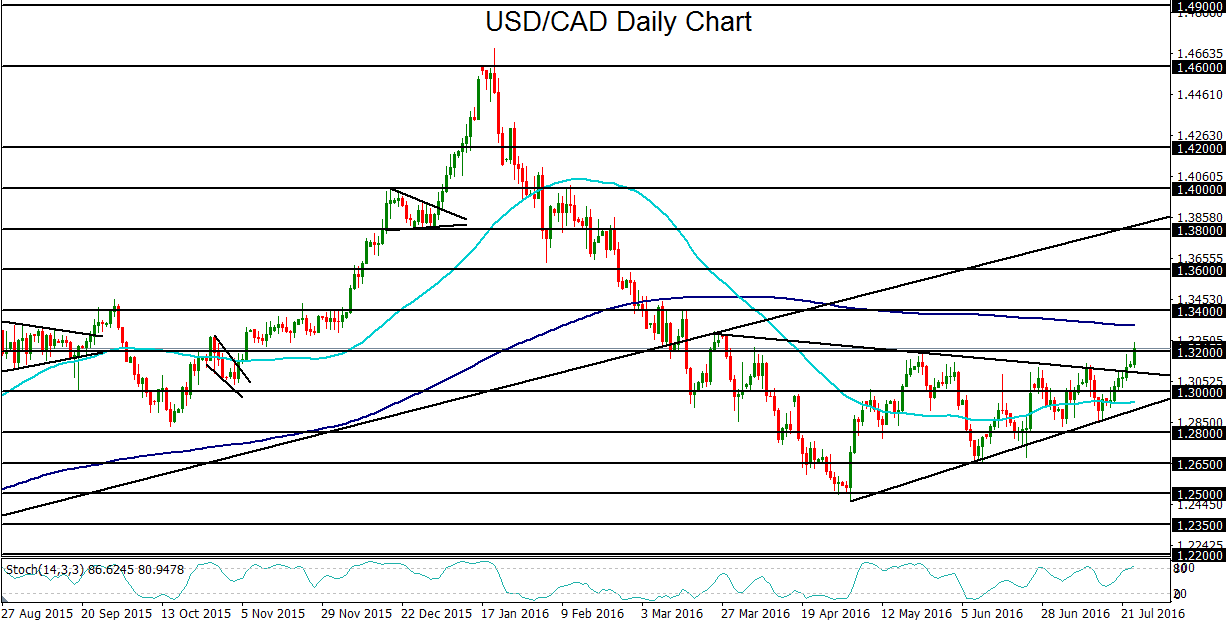