Late last week, the currency pair fell when the Canadian dollar surged after Canadian Consumer Price Index inflation data for January showed that prices rose substantially more than expected at +0.7% against prior expectations of +0.4% and a previous month’s reading of -0.4%. The unexpectedly high inflation reading boosted the Canadian dollar as markets speculated on the higher potential for more policy tightening and rate hikes by the Bank of Canada.

Since that data was released last week, however, market focus has shifted squarely towards the US Federal Reserve’s outlook for rate hikes as indicated by Powell’s testimony that began on Tuesday. As it turned out, Powell’s testimony was more hawkish than might have been expected, as the Fed Chair hinted at potentially more rate hikes than previously projected due to significant strides in the economy, strength in the labor market, higher wage growth, rising inflation expectations, and changes in fiscal policy.

For USD/CAD, although higher inflation did indeed drive some speculation of a potentially more hawkish Bank of Canada, the Fed’s rather clear hawkish shift has underlined the continuing differences in policy stances between the US and Canadian central banks.

With continued speculation on a more hawkish Fed, USD/CAD is potentially poised to extend the short-term bullish trend that has been in place since early February. Any such continuation should target the next major resistance level to the upside around 1.2900, which represents the highs of late 2017. 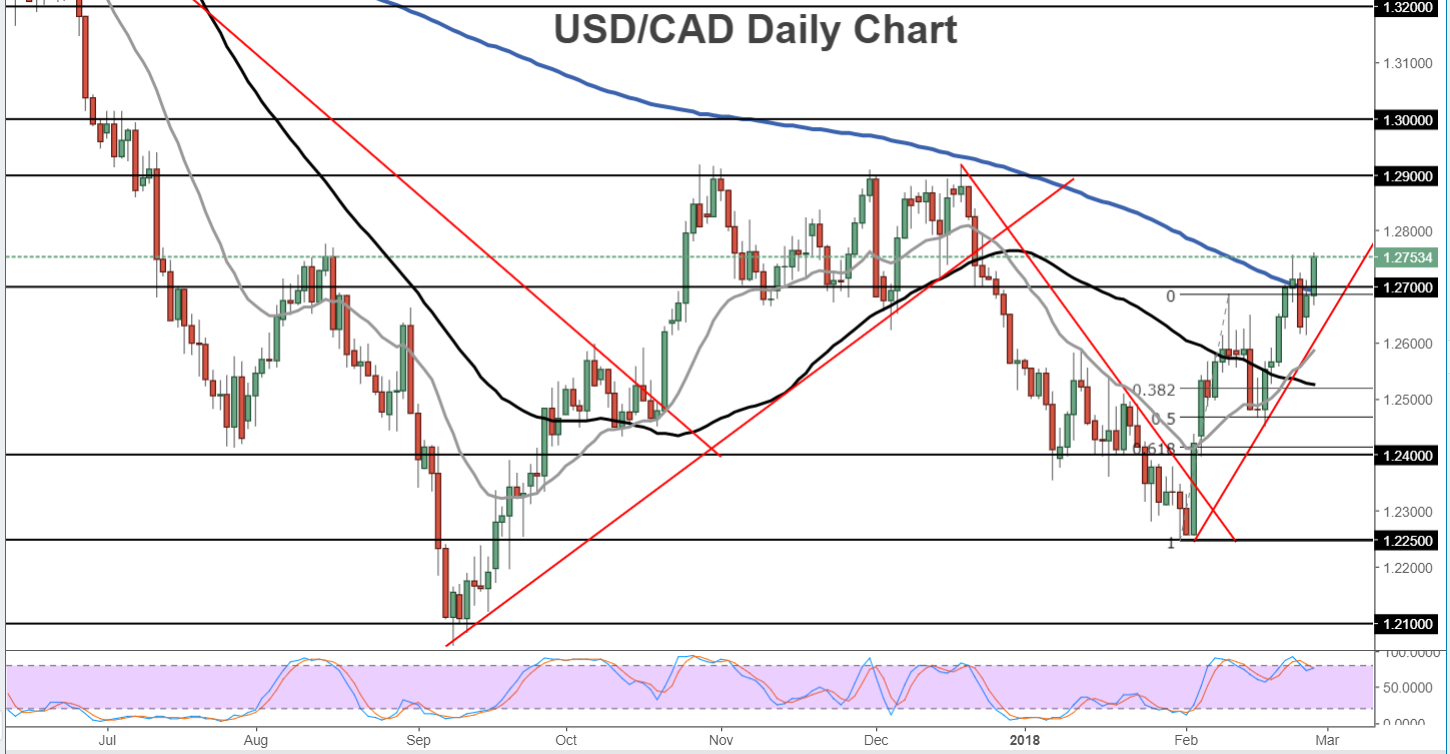