USDCHF and AUDUSD are the week's largest movers: Chart

Durable Goods Orders rose 0.4% on month in the August preliminary reading (+1.5% expected), compared to a revised +11.7% in the July final reading.

Markit's US Manufacturing Purchasing Managers' Index increased to 53.5 on month in the September preliminary reading (as expected), from 53.1 in the August final reading.

The USD/CHF was the week's biggest gainer after climbing 1.93% WoW. The AUD/USD was the biggest laggard on the week declining 3.58%

Looking at the USD/CHF, The rebound continues. 0.9185 remains key support. Look for a continuation higher towards targets of 0.9375 and 0.9515 in extension. 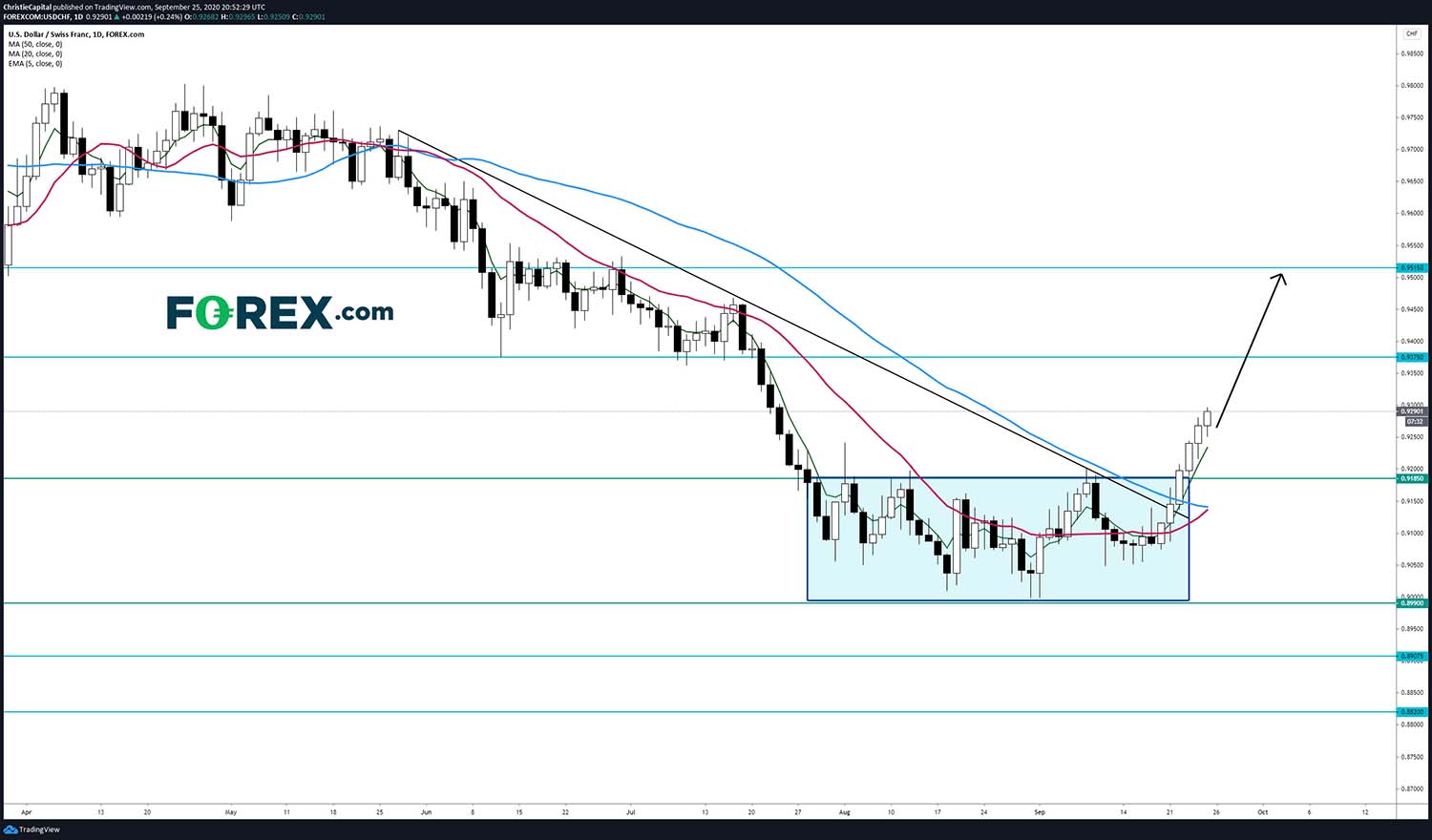 
Regarding the AUD/USD, the pair is challenging 0.7025 support after breaking below its 50-day moving average. A break below support may accelerate a decline towards 0.6775.