The US Dollar was bearish against all of its major pairs on Tuesday.

On the economic data front, the Federal Reserve Bank of Chicago's National Activity Index spiked to 4.11 on month in June (4.00 expected), from a revised 3.50 in May, marking a record high.

On Wednesday, the Mortgage Bankers Association's Mortgage Applications data for the week ending July 17th is expected to be released. Finally, Existing Home Sales for June are expected to increase to 4.75m homes on month, from 3.91 million homes in May.

The Euro was mixed against all of its major pairs. In Europe, the European Union leaders reached an agreement on a 750 billion euros stimulus package. The recovery plan includes 390 billion in grants for the states hardest hit by the pandemic and 360 billion in loans. The U.K. Office for National Statistics has reported June public sector net borrowing at 34.8 billion pounds, vs 34.7 billion pounds expected.

The Australian dollar was bullish against all of its major pairs and posted the largest pip move of the majors in Tuesday's North American session jumping 111 pips to 0.7127 against the USD. Looking at the chart, prices broke above a declining trend line in place since January of 2018. The 0.618 Fibonacci retracement level from the swing high of 0.814 and swing low of 0.551 is being tested as resistance. A break above could have strong bullish implications towards the next major resistance area at 0.7365. 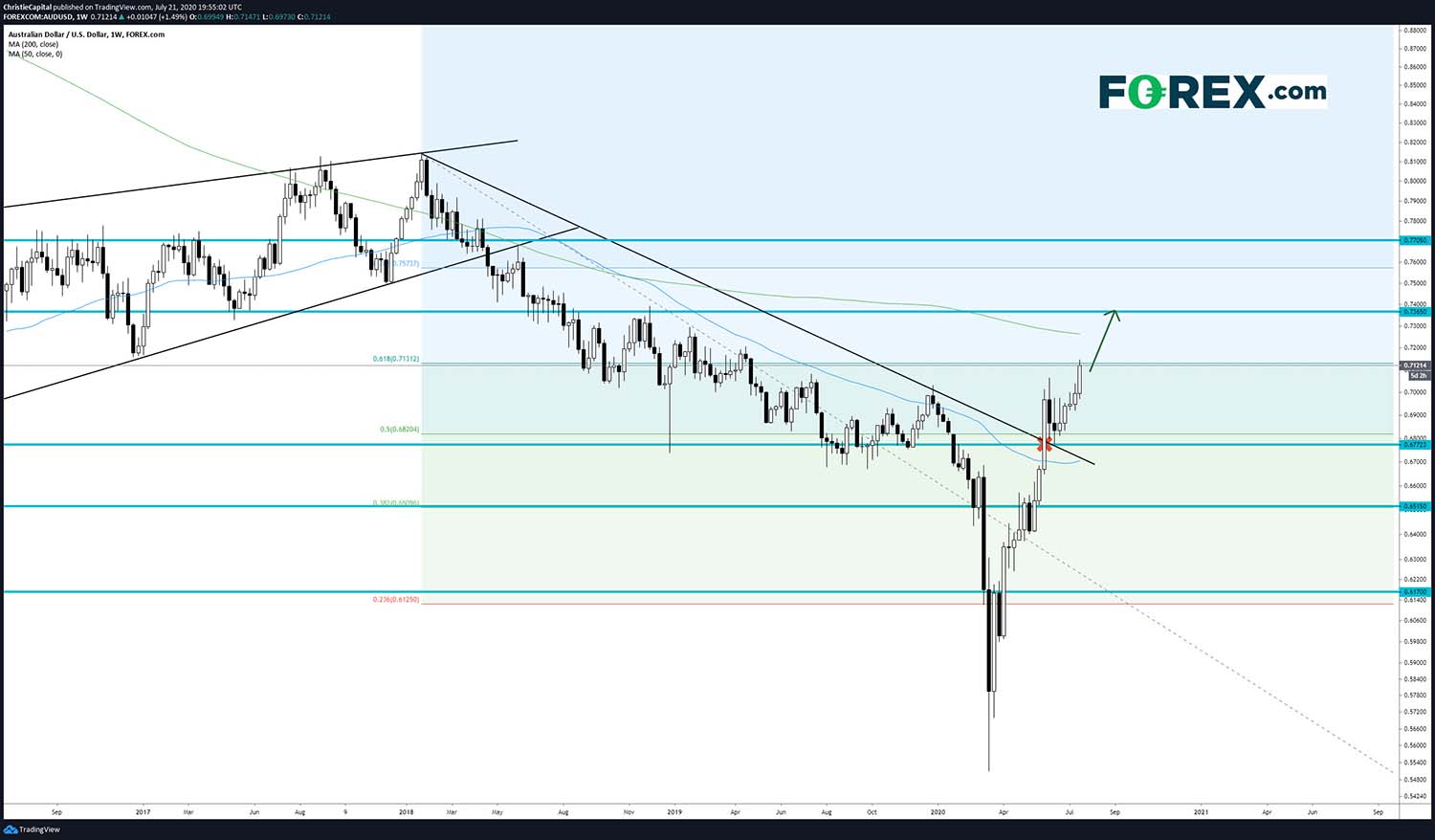