Of course, geopolitical and economic risks certainly remain prevalent, but markets within the past three weeks have seemingly brushed off many of those concerns. As a result, market volatility continues to decrease, pressuring assets perceived as safe-haven instruments, including gold and the Japanese yen.

Meanwhile, the beginning of this trading week has seen a major rebound for the previously falling US dollar. This dollar rebound occurs after last week’s rather optimistic statement from the Federal Reserve, as well as a US jobs report that significantly exceeded expectations.

Put together, the rebounding dollar and continued drop for the safe-haven yen has led to a major price breakout for USD/JPY.  Just this week, the currency pair finally broke out above a major descending parallel trend channel that extends back to the 118-area highs in the beginning of the year. Tuesday saw an extension of that breakout up to and slightly above the key 114.00 level, as the dollar continued to strengthen while the yen extended its fall.

As the dollar should remain supported in the near-term due to a relatively solid US economy and a Fed that is on a distinct tightening path, USD/JPY could continue to rise, especially if market risk perceptions and volatility remain subdued. With further momentum on the current breakout, the next major upside targets are at the 116.00 and 118.00 resistance levels. 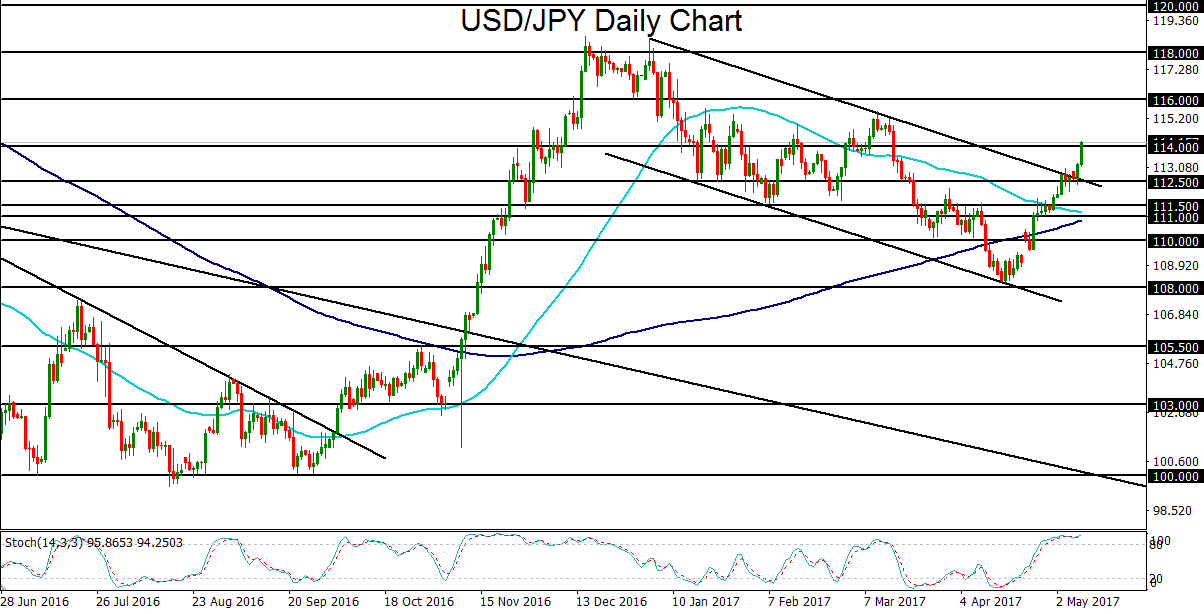